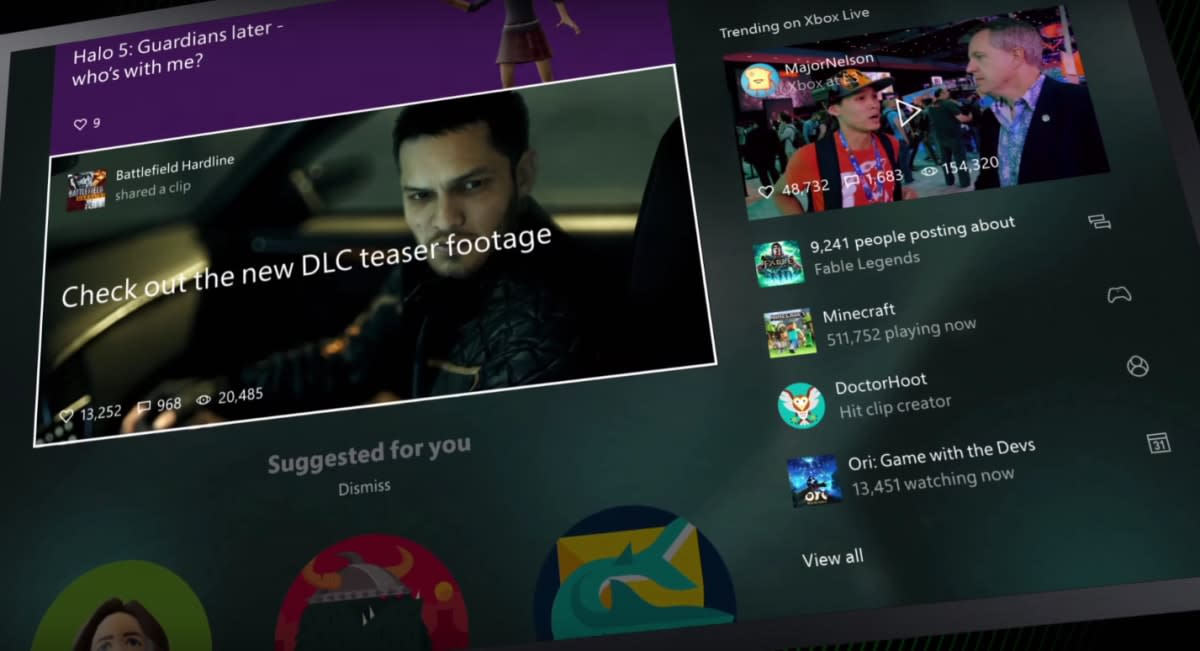 When the New Xbox One Experience hits consoles on November 12th, it will remove Kinect gestures from the dashboard entirely, platform head Mike Ybarra confirmed to Windows Central. The update is poised to be massive, overhauling most of the Xbox One interface in part to work better with Windows 10. Kinect isn't mentioned at all on the Xbox One update page, though voice controls get one shoutout. "With gestures, the reality was the usage was very, very low," Ybarra told the site. "So for now, we've cut that from the New Xbox One Experience."

As for Kinect gestures in games, fear not, wrist-flicking fans: Kinect gestures will still work in games and apps that use them, a Microsoft spokesperson clarified to Motherboard. We've played a handful of games that use Kinect gestures, and they can be classified as follows: the good (Dark Dreams Don't Die), the bad (Kinect Sports Rivals) and the ugly (LocoCycle).

When the Xbox One launched in 2013, every console came bundled with a Kinect and Microsoft described the sensor as "a core part of the architecture." Microsoft later dropped the Kinect as a mandatory addition to its console bundles, which in turn helped lower the price of the Xbox One from $500 to $400, making it more competitive with Sony's PlayStation 4.

In this article: hdpostcross, kinect, microsoft, XboxOne
All products recommended by Engadget are selected by our editorial team, independent of our parent company. Some of our stories include affiliate links. If you buy something through one of these links, we may earn an affiliate commission.