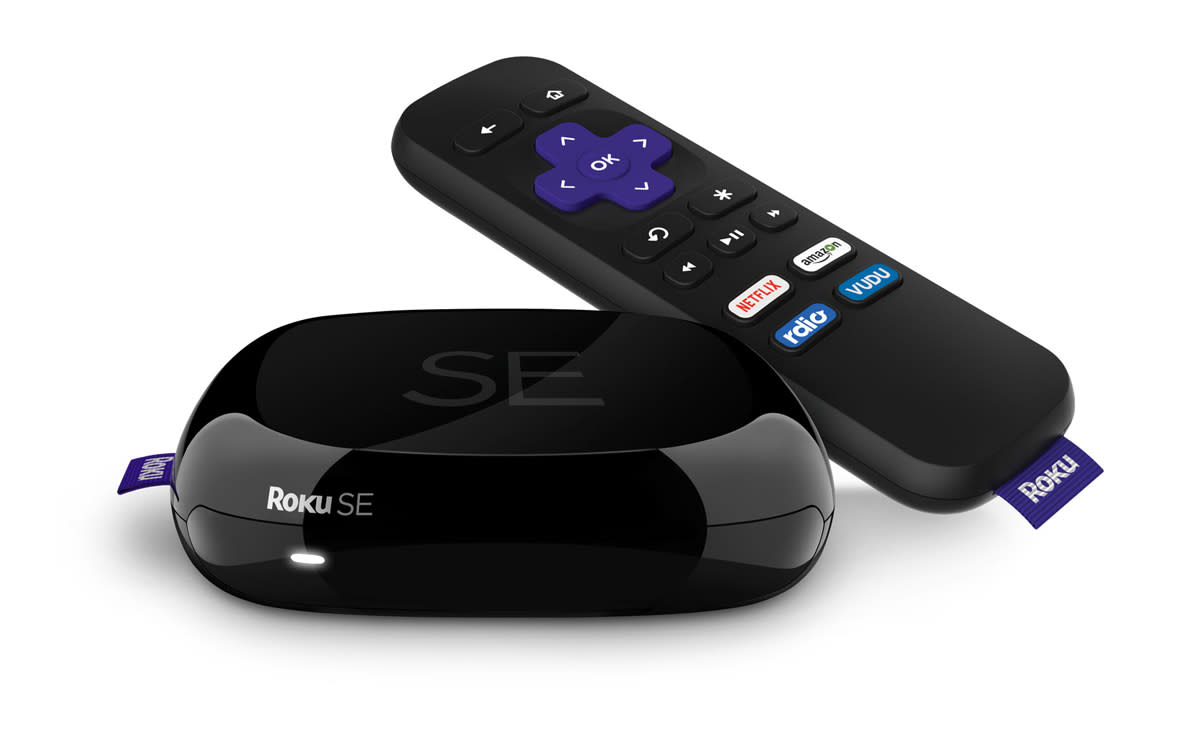 Roku may have poured a lot of energy into its spiffy new 4K player, but it's not forgetting the budget crowd. The company has unveiled the Roku SE, a TV streaming box aimed at those who only want the basics. It's not that much different than the Roku 1 aside from shipping with OS 7 from the start, and it supports the same 1080p playback, video output (HDMI and analog) and media casting features. No Ethernet or sophisticated remote here, folks. However, you might not mind any omissions when you see the price. The SE will officially sell for the same $50 as the Roku 1, but it'll be available for just $25 on Black Friday, November 27th -- that's less than a Chromecast. If you're determined to put Netflix on that old TV in the basement, this may be the cheapest way to do it.

In this article: hdpostcross, mediahub, roku, rokuse, se, set-topbox, streaming, television, tv
All products recommended by Engadget are selected by our editorial team, independent of our parent company. Some of our stories include affiliate links. If you buy something through one of these links, we may earn an affiliate commission.