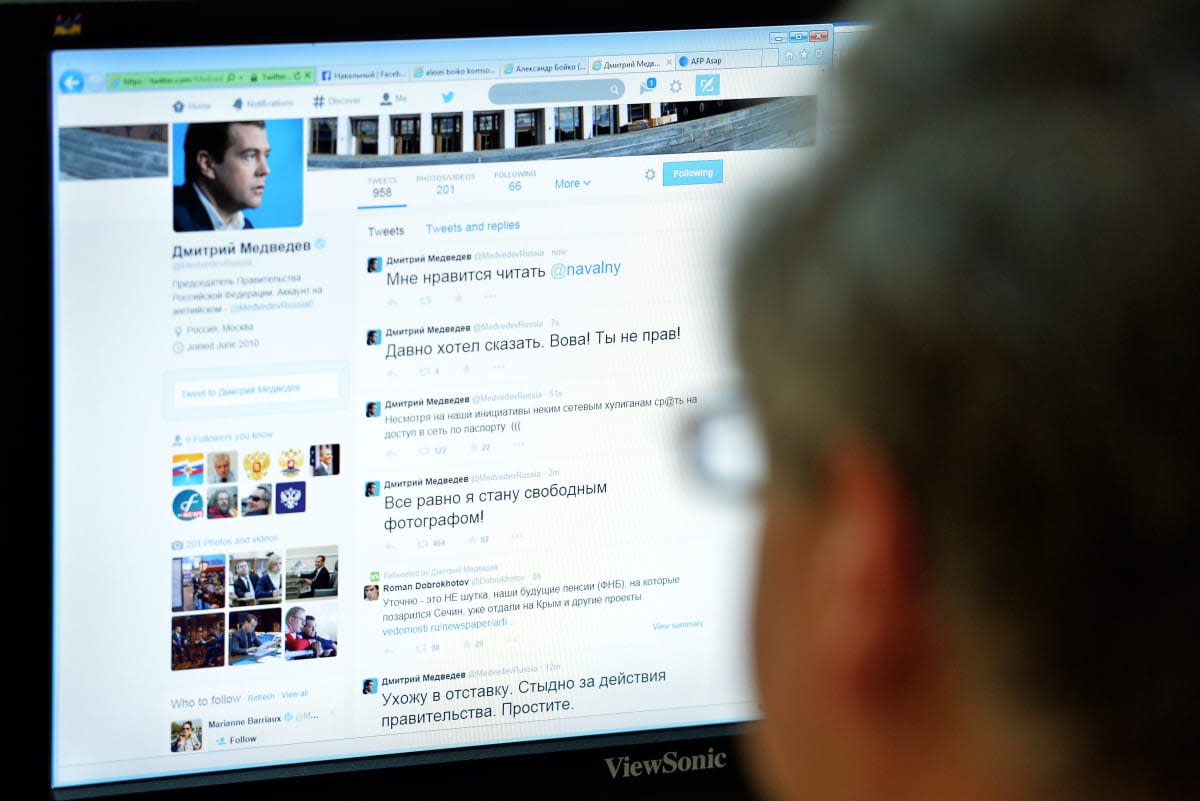 Russia's social media shenanigans continue. After first blocking Reddit over a thread on 'shrooms, banning Wikipedia for a single entry on cannabis, threatening Facebook over gaymojis, outlawing memes and demanding Google loosen its Android policies, the Russian government has now reportedly ordered Twitter to move data on the country's citizens to local servers.

Russia's state media censors, the Roskomnadzor, apparently issued the demand in response to a change in the site's terms and conditions. "They changed their user agreement some months ago. And if you read that, people must provide a set of metadata, which in our understanding as a whole counts as personal data and [makes it possible] to identify an individual," Roskomnadzor chief Alexander Zharov told the Financial Times.

Russia also passed a law last year requiring any site with user data of Russian citizens be located within the country starting this September. Noncompliant sites are subject to fine and blocking, though there's no word on how Russia would actually enforce these sanctions should Twitter decline. Facebook is reportedly also on notice, though it stated earlier this year that it would comply with the order.

In this article: Android, censorship, facebook, Google, Reddit, Russia, Twitter, Wikipedia
All products recommended by Engadget are selected by our editorial team, independent of our parent company. Some of our stories include affiliate links. If you buy something through one of these links, we may earn an affiliate commission.