Host Jonathon Buckley hops behind the wheel of the Defiant EV3 on this episode of Translogic. This three-wheeled roadster pairs retro looks and a modern electric powertrain, for a truly unique package. The Defiant EV3 is different, just as Shockwave Motors founder and designer John McMillian intended.

"We feel like a lot of electric cars don't have a lot of style to them," said McMillian. "Some do, of course, but some kind of look like a phone booth on wheels to us. And so we wanted to have something that would catch an eye – get people's attention to say, 'hey, that's cool'."

With only 30 horsepower propelling the base Defiant EV3 to 60 miles per hour in a somewhat sluggish estimated 10 to 12 seconds, this roadster will have to rely on its looks to make a strong impression. The upside is an 80-100 mile range, with a relatively quick charge time of eight to nine hours on Level 1 charging, or a quick three to four hours on Level 2.

"It is lightweight, aerodynamic, less rolling resistance, so we don't need as much power to get down the road, so that lets us have a smaller battery pack," explained McMillian.

Will the uniqueness of the Defiant EV3 be able to attract enough buyers at $24,950 to make the electric retro roadster viable? McMillian has a plan for funding the initiative.

"Ideally, we'd find one or two other investors who'd help us move forward," said McMillian. "But, there's been some recent changes that allow people to go to sites like Indiegogo and GoFundMe ... and buy equity into the company, so you become a shareholder, essentially." 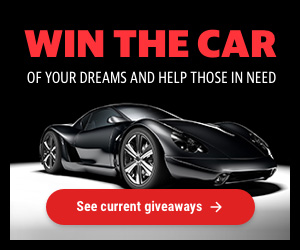