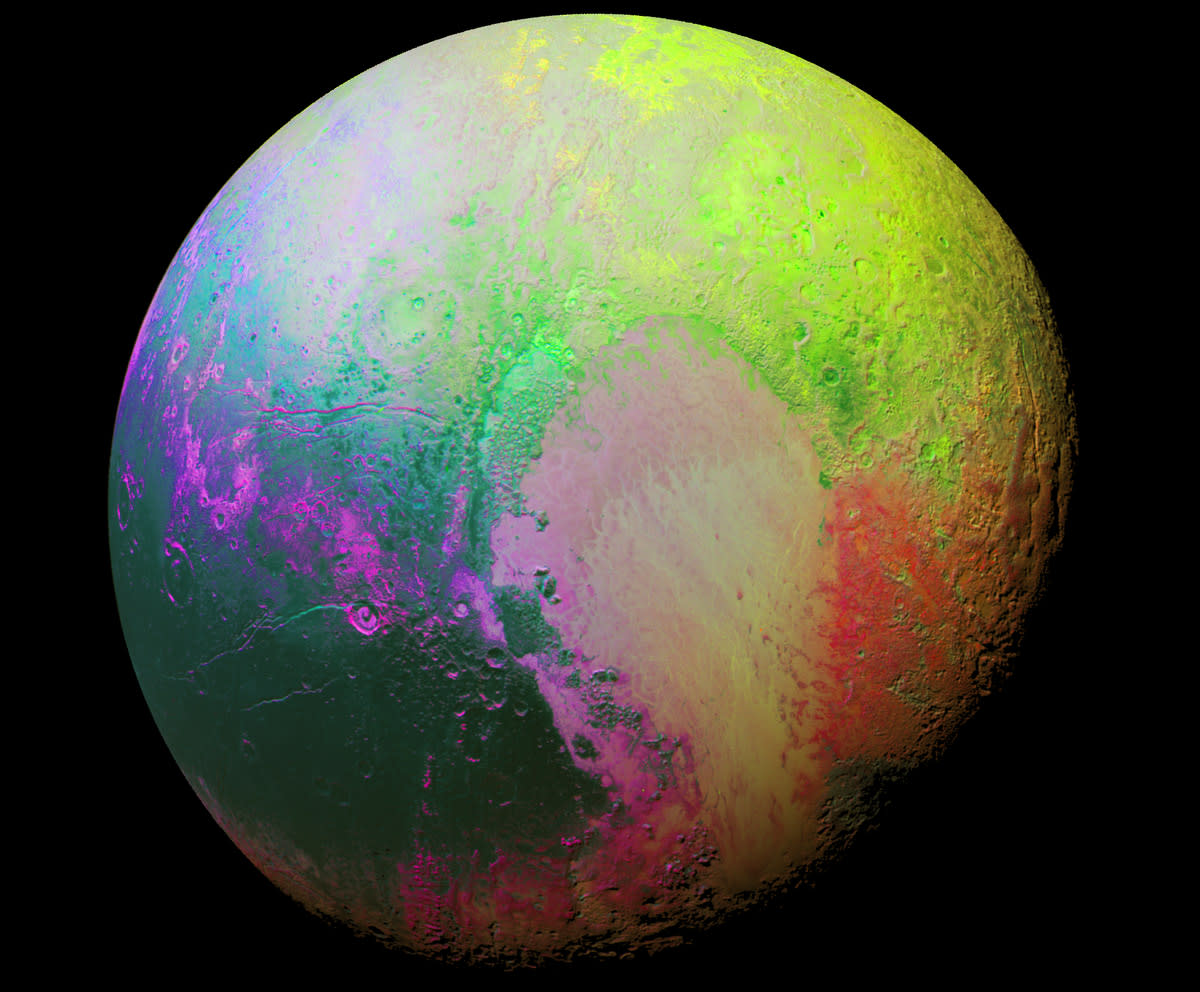 No, you're not tripping. This is really Pluto -- it's just dressed in hues much more exciting than its usual cream, white, gray and copper. Think of this color scheme as the dwarf planet's mardi gras outfit, and the tamer ones as its office suits and classic dresses. The New Horizons team used a technique called principal component analysis to process the images taken on July 14th by its spacecraft's Ralph/MVIC camera. Their goal is to amplify the subtle shade differences between Pluto's regions, and seeing as the final product looks like a psychedelic world with several distinct colors, we'd say it was a success.