Wirecutter's best deals: Save $50 on an ELAC Debut 2.0 center speaker 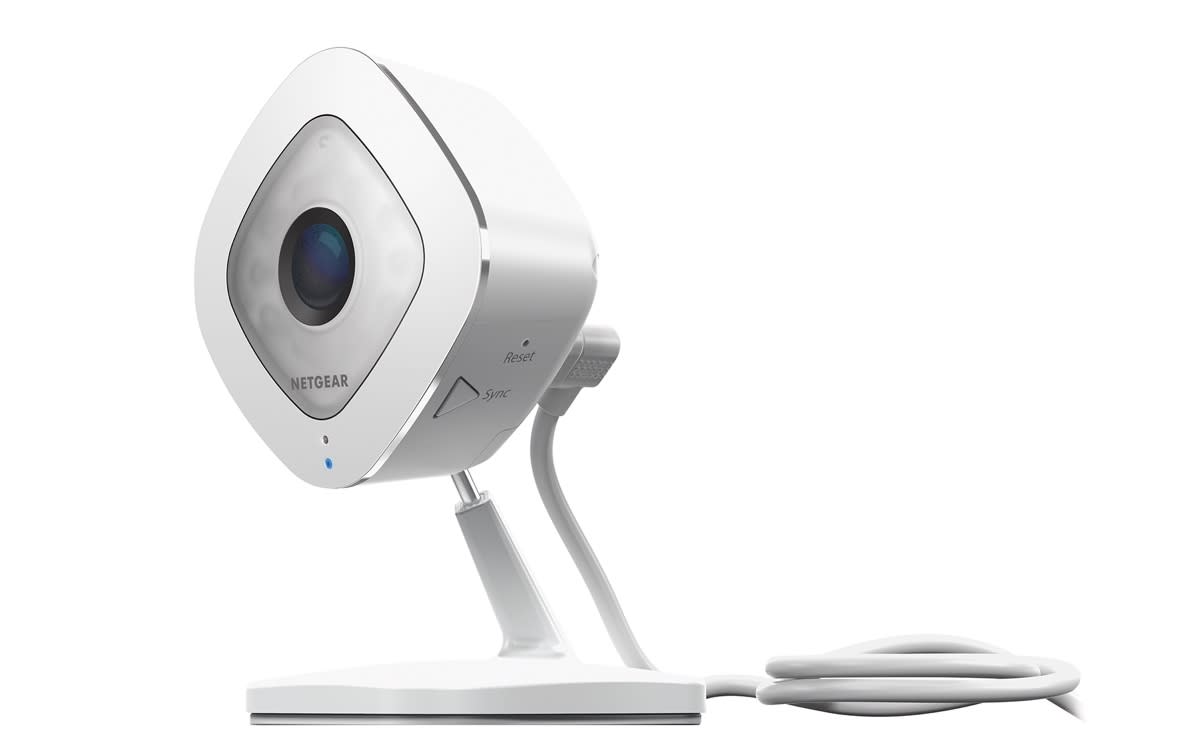 These days, connected cameras like the Nest Cam (previously known as the Dropcam) aren't exactly special. There are a slew of competitors out there, like Logitech's Circle and Samsung's SmartCam, so the only way to stand out is by offering something others don't. And that's precisely what Netgear is doing its latest connected camera, the Arlo Q, by giving you seven days of cloud video recording for free. Logitech offers 24 hours of free cloud recording, in comparison. And Nest, whose original camera pioneered this whole category, still doesn't have any video recording without a subscription. Beyond that, the Arlo Q delivers what you'd expect: 1080p video recording and two-way audio that's accessible through a mobile app. It'll be available in the US come December for $220, and it'll eventually head to Australia, Canada and Europe.

The new camera follows Netgear's original Arlo, an innovative spin on connected cameras that's completely wireless and weatherproof, allowing it to record videos outdoors for up to six months. Arlo managed to snap up 20 percent of the US connected camera market over the last six months, directly correlating with Nest's decline in the market, according to figures from NPD. But while it's an ideal camera for outdoor use, the fact that Arlo only shoots 720p video and doesn't record sound makes it tough to compete with typical indoor cameras, which have the advantage of a steady power supply.

The need for the Arlo Q was pretty clear for Netgear. Now, instead of its customers picking up a competitor for indoor surveillance, they can keep the within their own ecosystem. The Arlo Q features a wide 130-degree field of view, a 4 megapixel sensor and the usual night and motion alerts. You'll also be able to create "activity zones," specific areas in your video feed that you customize with specific alerts (for example, more alerts for movement around windows, and less around your couch).

If you need more than seven days (1GB) of recorded video history (which includes feeds from up to five cameras), you can bump up to 30 days (10GB) for $10 a month/$100 a year, covering 10 cameras. And if you're particularly paranoid, you can get 60 days (100GB) of cloud recording for $15 a month/$150 a year. Typically, Arlo Q records video only when there's motion, but you can also get continuous recording starting at $10 a month for one camera (plus $5 for each additional camera).

"I think cloud storage and infrastructure, the availability of content, as well as video analytics ... will become a real differentiating point for a lot of these devices," Netgear director of product management for smart home, Damir Skripic, said in an interview. "A lot of stuff from a hardware perspective will be like thin clients... It'll be all very similar, the differentiator is how they interact within the home."

In this article: ArloQ, connectedcameras, Netgear
All products recommended by Engadget are selected by our editorial team, independent of our parent company. Some of our stories include affiliate links. If you buy something through one of these links, we may earn an affiliate commission.