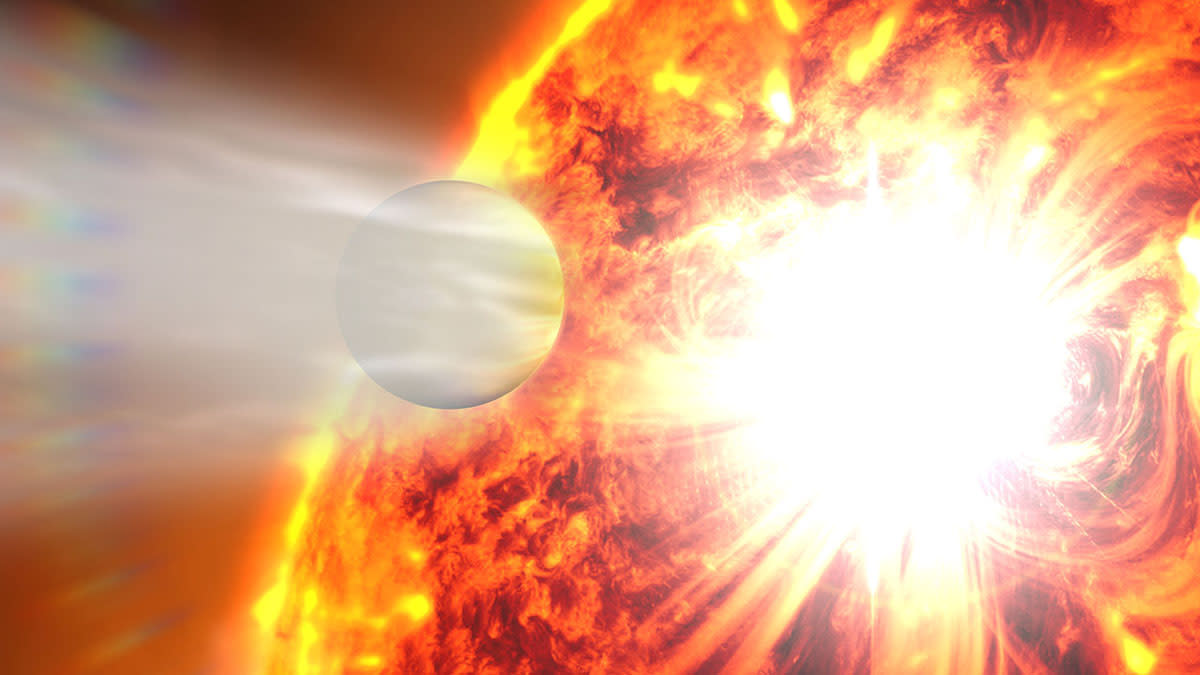 When scientists discovered a Jupiter-sized exoplanet in the Vulpecula constellation, they knew the weather there wasn't great. That's because HD 189733b orbits its star every 2.2 days at a speed of 341,000 mph and has an average surface temperature of around 2,240 F. A team from the University of Warwick in the UK has now made a rough weather map of the body -- the first ever for a planet outside our solar system -- and that news ain't great, either. Using the High Accuracy Radial velocity Planet Searcher (HARPS) instrument located in Chile, the team calculated that winds on HD 189733b rage at 5,400 mph, or seven times the speed of sound.

Those stiff breezes happen when the planet's atmosphere flows from the super-heated daylight side to the relatively cool, lower-pressure night side. The researchers examined the spectral frequency of light from the planet's host star as it shined through its atmosphere -- a technique the European Space Agency used (with Hubble) to determine that the planet was blue several years ago. This time, however, they measured the Doppler shift on the leading and trailing edges of the planet's atmosphere as it transited its star from left to right (above). That allowed them to lock in a map of the east-flowing "jet stream" that moves around the exoplanet's equator. With a Mach 7 easterly driving rain that's literally made of glass shards, we get the picture that it's not exactly a prime vacation spot. However, the Warwick team hopes to use the same technique to study the weather on more hospitable exoplanets like Kepler 452B.

In this article: absorption, exoplanet, HARPS, HD189733b, Mach7, spectral, weather, winds
All products recommended by Engadget are selected by our editorial team, independent of our parent company. Some of our stories include affiliate links. If you buy something through one of these links, we may earn an affiliate commission.