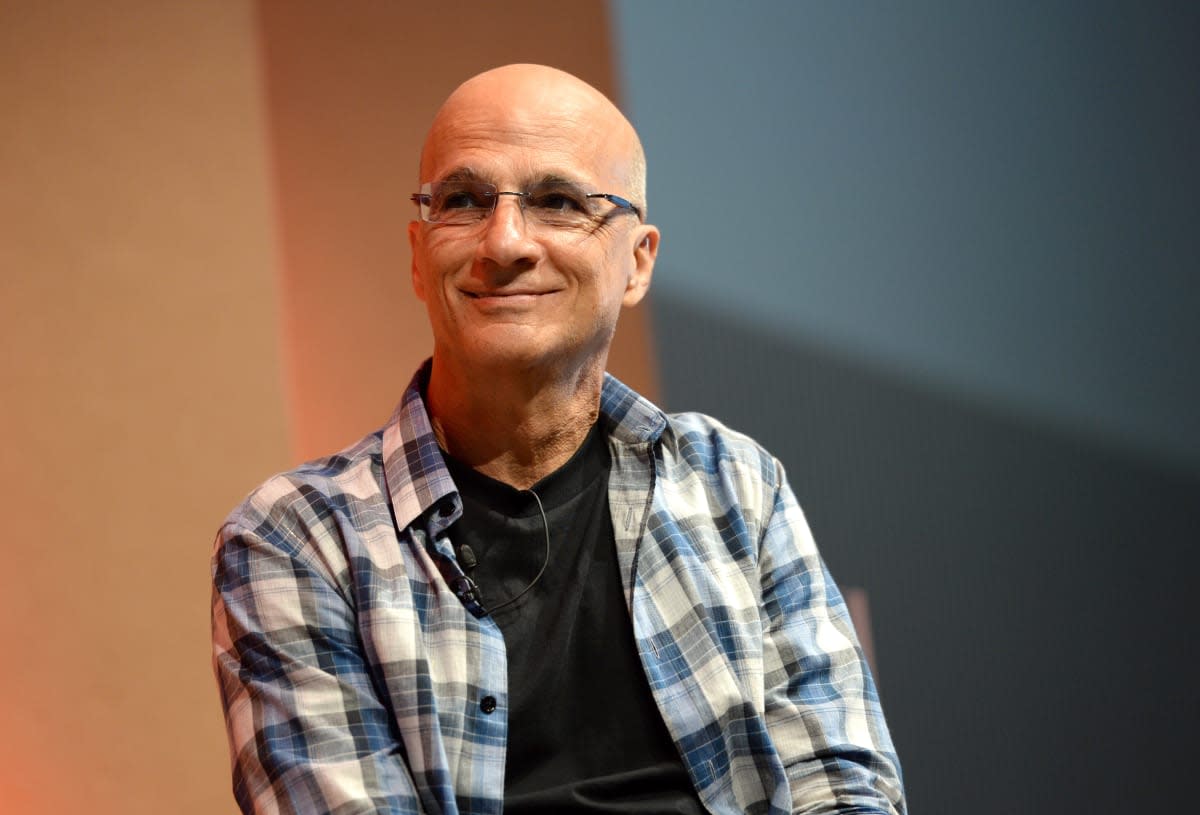 Iovine was on the show to debut a new Apple Music commercial starring Mary J. Blige, Kerry Washington and Taraji P. Henson. It shows all three women joking and dancing around in the kitchen listening to songs. The ad was directed by a woman, Ava DuVernay, who also directed Selma, so it makes the ad not sexist at all. Even Mary J. Blige said: "It was a genius idea to have girls, because that's what we do, we listen to music." I wonder if Blige has problems finding music. She must, since she's a woman.

"I just thought of a problem," explained Iovine on how he came up with the ad concept. "Girls just sitting around, you know, talking about boys. Or complaining about boys, you know, when they're heartbroken or whatever. And they need music for that, right? So it's hard to find the right music, you know, not everyone has the right list or knows a DJ or something."

He is so right. There is no way I would ever know a DJ. And I'm sure Apple hires plenty of women in its company, so this is in no way a sexist statement and I'm sure it's completely representative of reality. Women probably do sit around and just talk about boys, right? Well, I don't. Hm. Maybe I should start doing this, so that I can really be a woman. Wow. A revelation.

Thank you, Mr. Iovine. As a woman, thank you.

Update: We've received an apology from Iovine and Apple regarding his statements:

"We created Apple Music to make finding the right music easier for everyone — men and women, young and old. Our new ad focuses on women, which is why I answered the way I did, but of course the same applies equally for men. I could have chosen my words better, and I apologize."

In this article: apple, applemusic, divesity, jimmyiovine, vanityfair, women
All products recommended by Engadget are selected by our editorial team, independent of our parent company. Some of our stories include affiliate links. If you buy something through one of these links, we may earn an affiliate commission.
Share
Tweet
Share