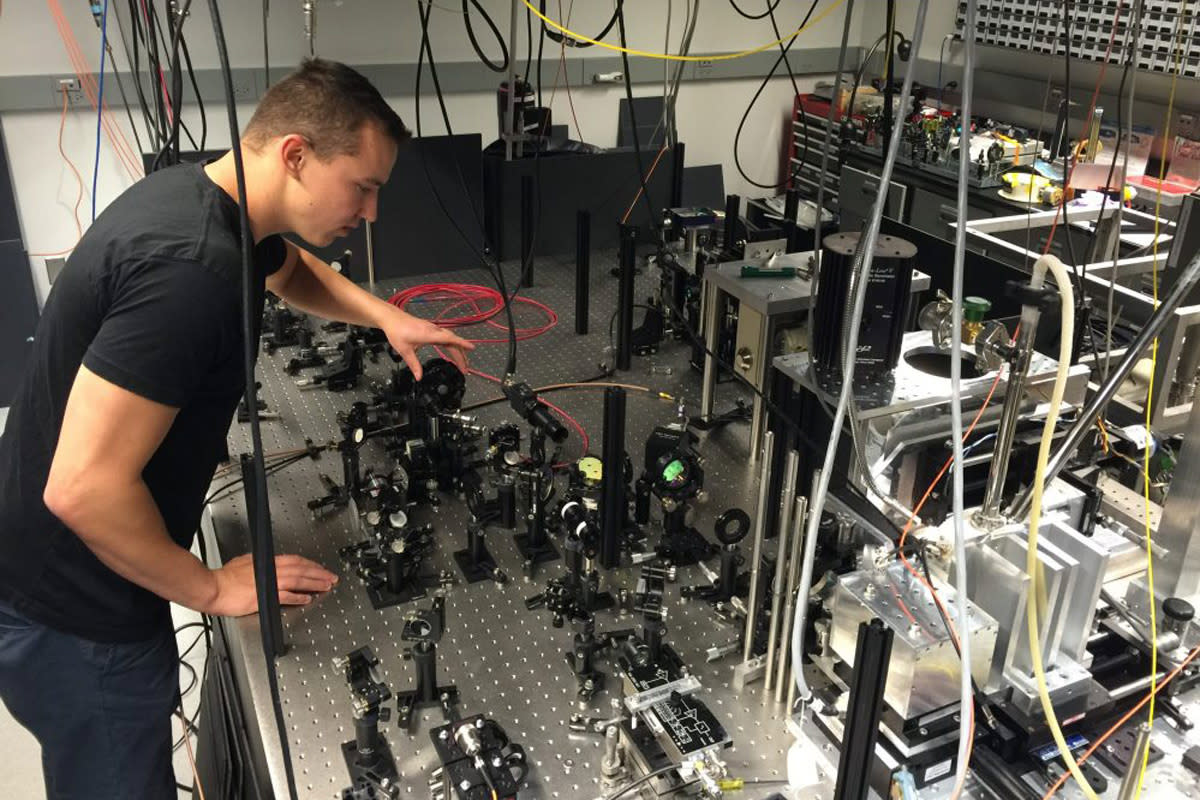 Quantum entanglement, where two particles are inextricably linked, is a real thing. However, creating that odd behavior has been extremely difficult so far -- you have to cool things down to near absolute zero to pull it off on a significant scale. Or rather, you did. Researchers have successfully produced macro-scale quantum entanglement at room temperature through the one-two combo of an infrared laser (which aligned magnetic states) and electromagnetic pulses (for the actual entanglement). The experiment only included enough electrons and nuclei to fill the space of a blood cell, but that still amounts to linking "thousands" of particles.

This relatively easy entanglement opens the door to tech that wasn't even possible before. You could see sensors that pick up extremely minuscule, particle-level changes. Eventually, this could also lead to spy-proof security where the nature of quantum physics prevents anyone from observing what you're doing. The one certainty: this technology won't be confined to labs for too much longer.

In this article: ArgonneNationalLaboratory, infrared, physics, quantumcryptography, quantumentanglement, quantumphysics, science, UniversityOfChicago
All products recommended by Engadget are selected by our editorial team, independent of our parent company. Some of our stories include affiliate links. If you buy something through one of these links, we may earn an affiliate commission.