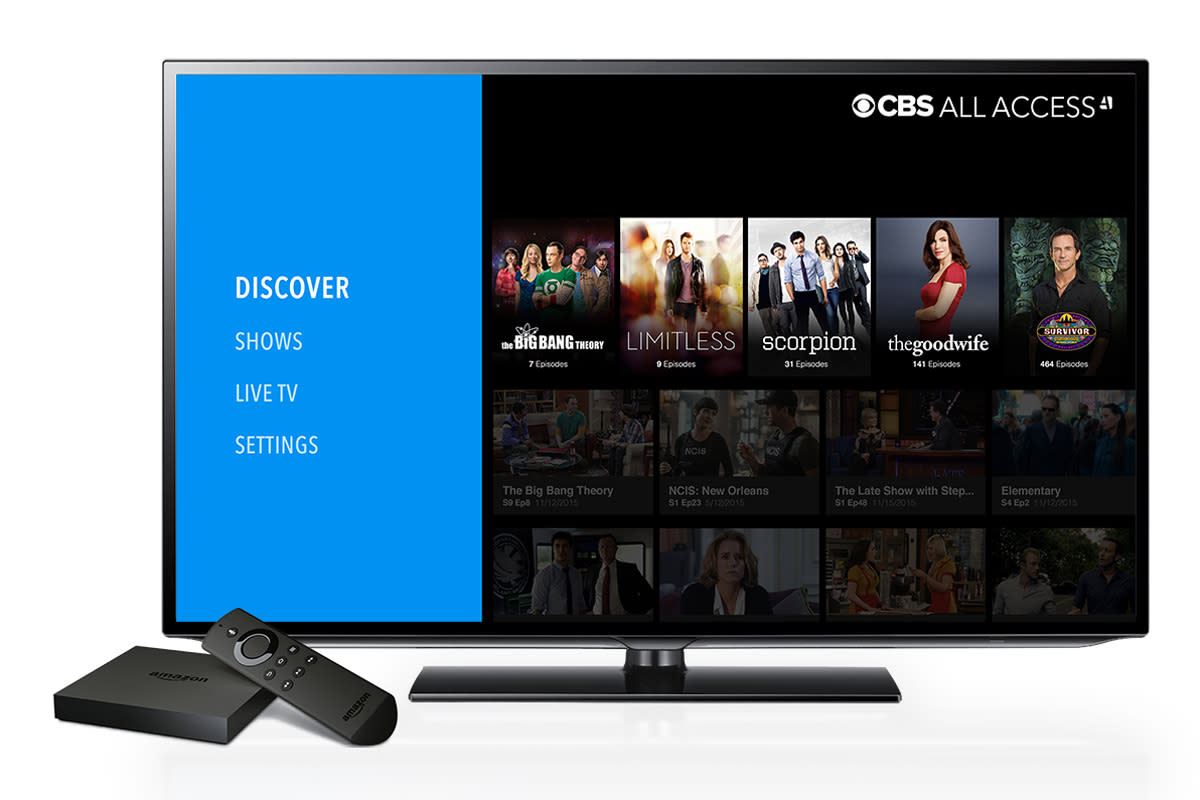 Your Fire TV (or Fire TV Stick) just became much more useful as a cord-cutting device... at least, if you watch a lot of CBS shows. The TV network has launched an Amazon-native app for its All Access service, giving your Fire TV the same mix of live and on-demand viewing that CBS is offering on rival set-top boxes. You're still paying $6 per month and don't get any hardware-specific features, but look at it this way: you'll definitely be ready when the new Star Trek series begins streaming in a couple of years.

In this article: amazon, cbs, cbsallaccess, cordcutting, firetv, firetvstick, hdpostcross, internet, streaming, television, tv
All products recommended by Engadget are selected by our editorial team, independent of our parent company. Some of our stories include affiliate links. If you buy something through one of these links, we may earn an affiliate commission.