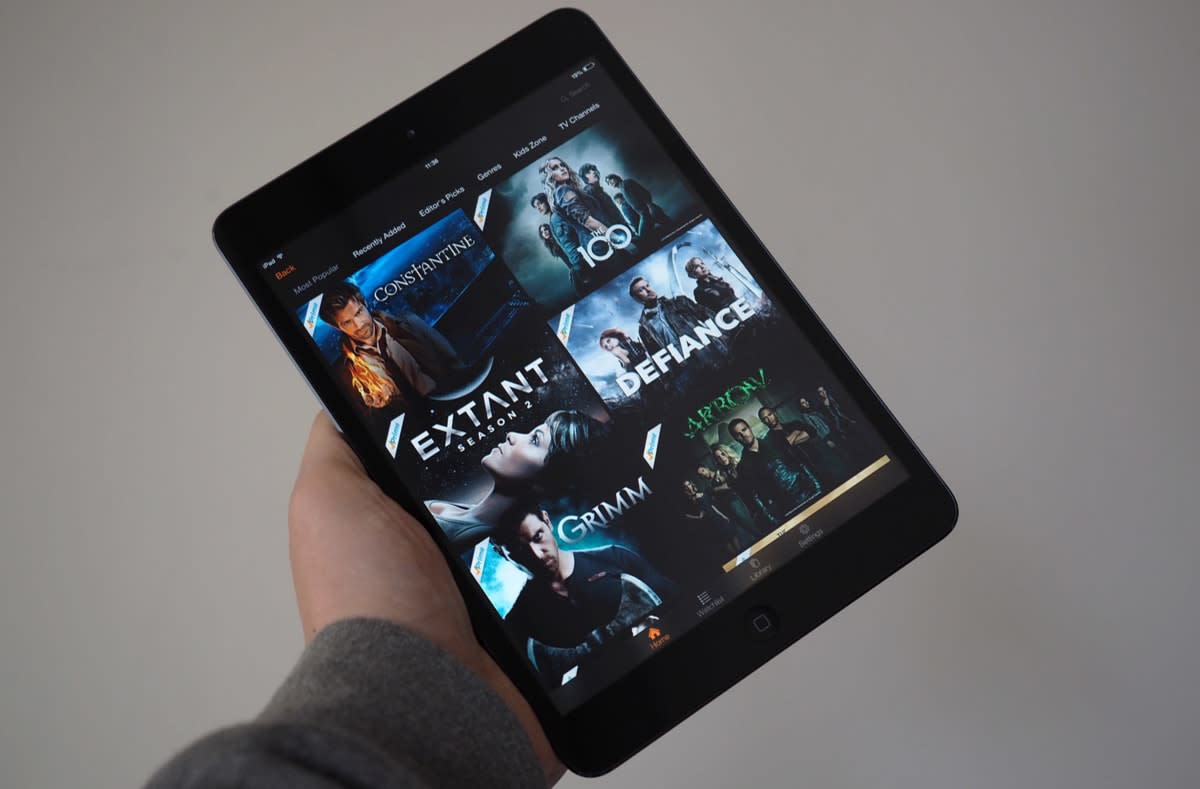 Amazon has released a ton of new features for its Video app. The update includes 3D touch support, Next Up (which is basically auto-play), picture-in-picture and X-Ray, which offers a wealth of IMDB information and trivia at the touch of a button. Even though some of these features are iPad exclusive (like picture-in-picture) they can help Amazon stand up against competition like Netflix when content alone won't carry the day. The 3D touch option is only available on Apple's latest smartphone offerings, the 6s and 6s Plus, and lets you access a number of features faster, but offers nothing in the way of exclusive functionality. Also, the app has been customized for the iPad Pro, meaning Amazon-exclusive content is bigger and better than it's ever been before. What more could you ask for?

In this article: 3dTouch, amazon, AmazonVideo, autoplay, ios, ios9, PictureInPicture, xray
All products recommended by Engadget are selected by our editorial team, independent of our parent company. Some of our stories include affiliate links. If you buy something through one of these links, we may earn an affiliate commission.