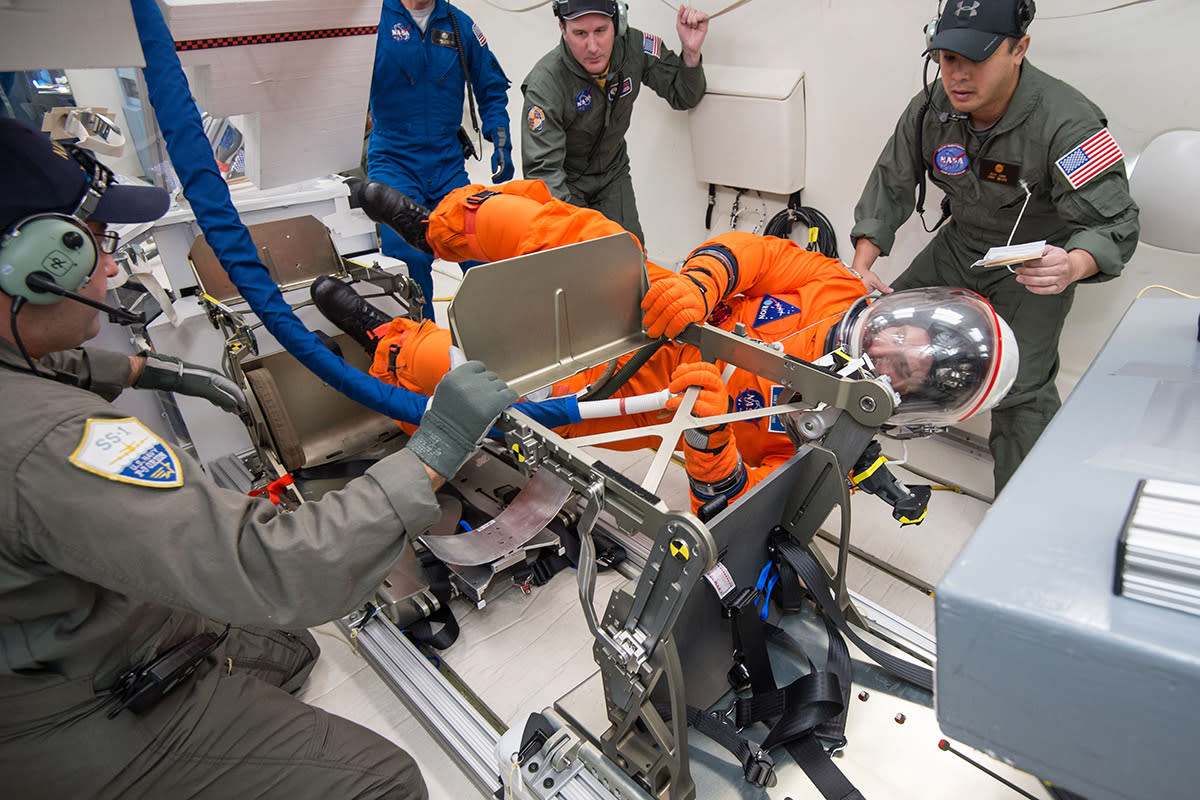 Since NASA modified its old "pumpkin suit" for future missions aboard the Orion spacecraft, it has to undergo testing to ensure that it's tougher and more mobile than its predecessor. These days, NASA has been testing it aboard a C9 aircraft, which can fly in parabolas to simulate weightlessness. The agency even built a mock-up Orion cabin inside in order to see if astronauts will be capable of performing various tasks while wearing the suit. Since the Orion capsule is meant for deep space missions, the Modified Advanced Crew Escape Suit is being developed to be able to sustain crew members in case of emergency and to protect them during spacewalks. Unfortunately, it'll take almost a decade before we see it used for an actual trip to space, as Orion's first manned mission won't happen until 2023.

In this article: NASA, Orion, space, spacesuit
All products recommended by Engadget are selected by our editorial team, independent of our parent company. Some of our stories include affiliate links. If you buy something through one of these links, we may earn an affiliate commission.