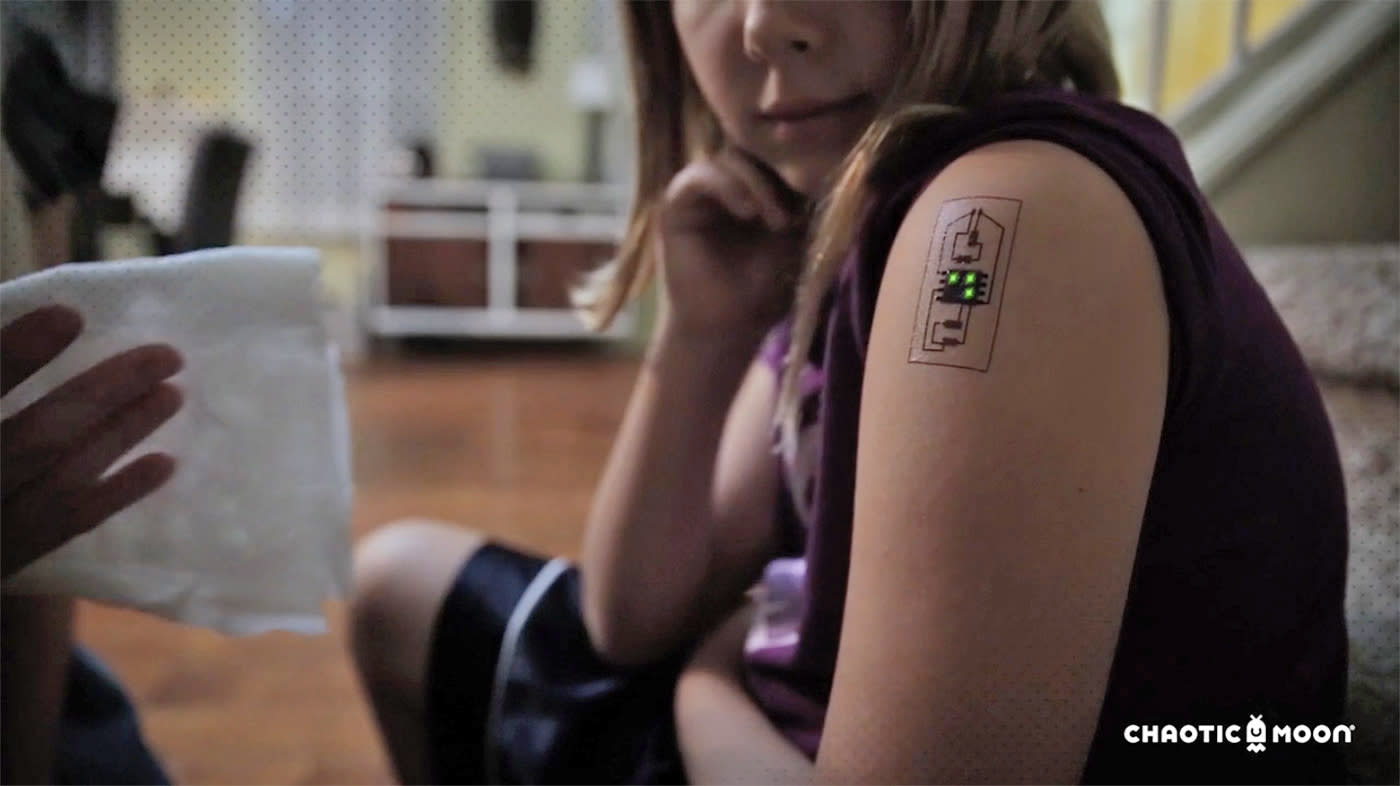 Chaotic Moon, a start-up known for conjuring fun projects like a shark-punching virtual game, has a wide range of applications in mind for the temporary tattoo technology it's developing. Called "Tech Tats," they're quite literally stick-on tattoos that look a bit embossed against the skin, since they contain electronic components, including a microcontroller and LED lights. Company CEO Ben Lamm called them "the new wearable" during his TechCrunch interview, pointing out that they can be a slightly more permanent version of Fitbit and other fitness trackers. They can, for instance, detect if you're stressed, monitor your body temp, blood pressure and heart rate, and then transmit all those data through their electroconductive paint.

However, it has a lot of other potential uses: you might be able to use it to track your child in crowded places someday and to pay for your purchases à la Apple or Samsung Pay. Lamm also believes that it could be used by the military to monitor soldiers' condition and location. At the moment, though, Tech Tats are just a prototype like most high-tech temp tattoos other companies and researches are developing. They include a UC San Diego team that created tats that can turn sweat into electricity, a group of Korean scientists making graphene tattoos and even Motorola, which is thinking of creating mic tattoos for your throats.

In this article: gear, medicine, science, techtats, timeline16healthwear, wearables
All products recommended by Engadget are selected by our editorial team, independent of our parent company. Some of our stories include affiliate links. If you buy something through one of these links, we may earn an affiliate commission.