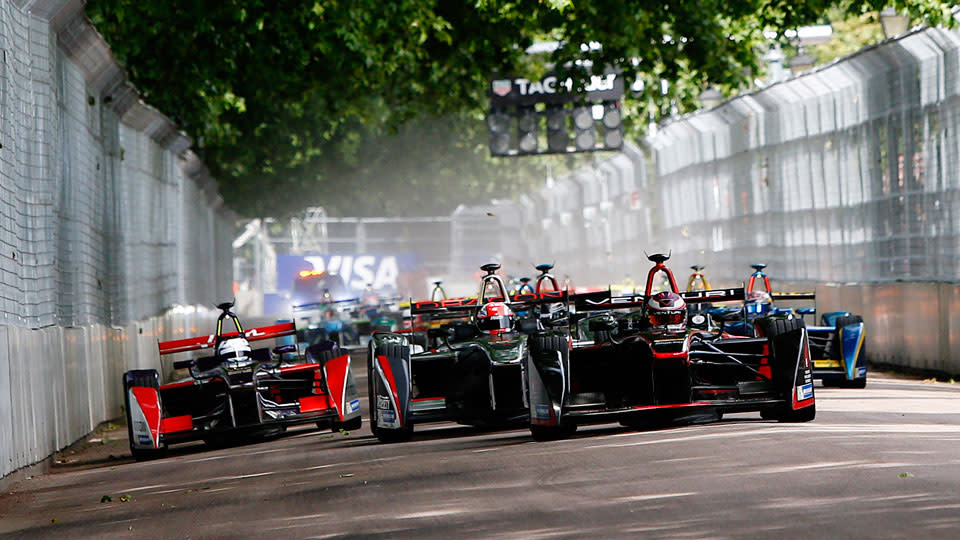 It was only last year that Formula E made its debut as the first racing series exclusively for electric cars. Now, after just two seasons of championships, its organizers are already preparing for another first: a driverless racing series. The series, dubbed Roborace, will begin with the 2016-2017 season, with each one-hour event taking place directly before all the "regular" Formula E races, and on the same circuits, to boot.

To get the series off the ground, Formula E teamed up with the company Kinetik, which specializes in developing new technologies. That's fitting, considering the winners in Roborace will be judged solely on their ability to make the most of existing technology -- specifically, write smarter algorithms. In particular, ten teams (including one crowd-sourced one), will be armed with two cars each, and they'll be using the same cars too. The key to success, then, won't come down to any advantage in automotive design, but rather, who can best teach artificially intelligent vehicles to drive like professionally trained humans.

Other than that, Formula E's statement on the matter was fairly brief, though a company spokesperson told Wired UK that Roborace cars would reach top speeds in excess of 300 kilometers per hour, or 186 mph. As The Verge notes, that would make it even faster than Audi's self-driving RS 7 race car, which is rated for up to 149 miles per hour. Other than that, Formula E says it will reveal more details about the races and makeup of the teams early next year.

In this article: driverless, DriverlessCar, DriverlessCars, formulae, gear, kinetik, transportation
All products recommended by Engadget are selected by our editorial team, independent of our parent company. Some of our stories include affiliate links. If you buy something through one of these links, we may earn an affiliate commission.