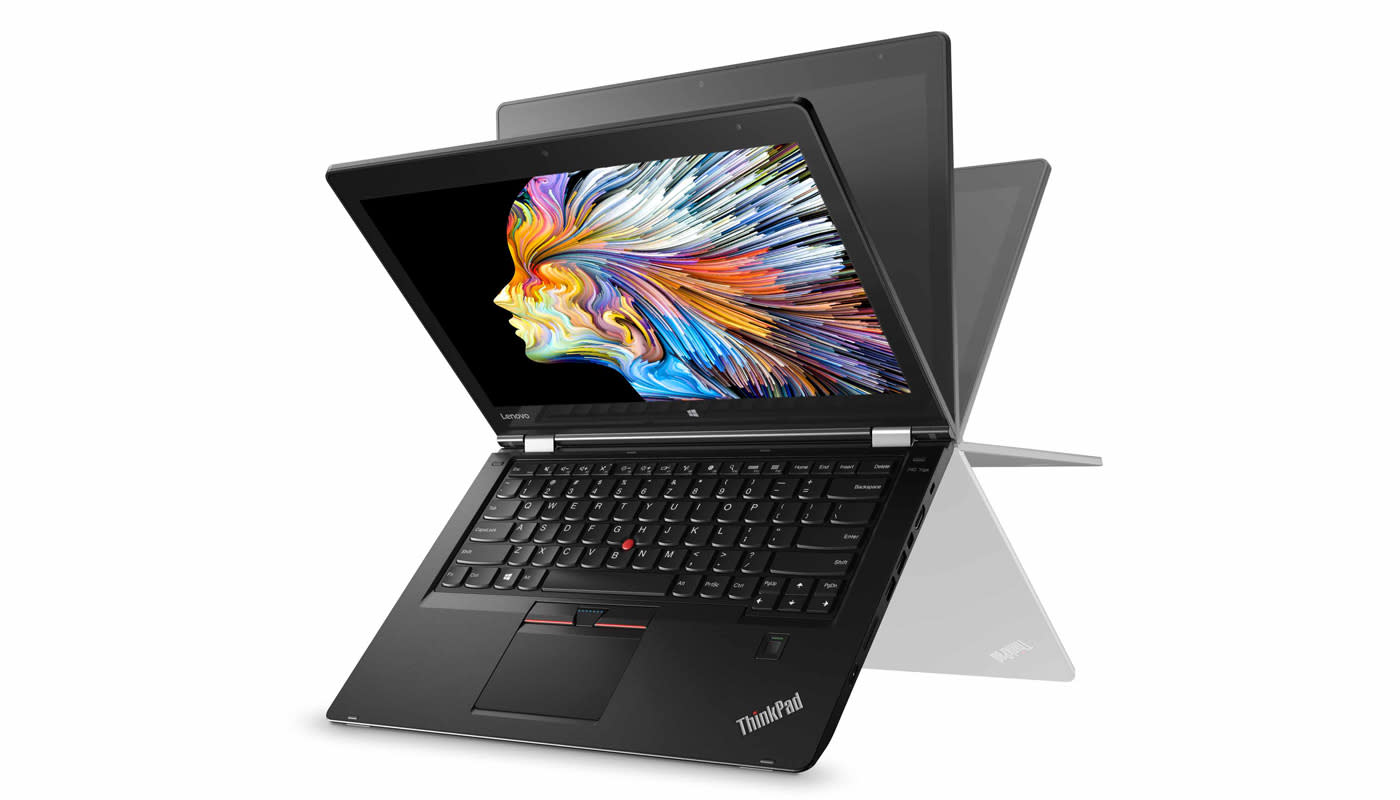 Lenovo's existing ThinkPad Yoga hybrids have some power, but they're probably not your first choice for heavy-duty graphics work when they're saddled with integrated video. Thankfully, you now have a beefier option: Lenovo is introducing the ThinkPad P40 Yoga, its first 2-in-1 laptop with workstation-level 3D hardware. It still folds back into a tablet (or tent, or presentation mode), but its Quadro M500M chipset should be speedy enough to handle 3D modelling and other GPU-heavy tasks. You'll have greater control over those images, too, thanks to an included pen that promises both 2,048 levels of pressure and specially-tuned software that reportedly gets closer to the "pen to paper" feel. You're looking at a fairly brawny machine in other respects. Every P40 Yoga ships with Quadro graphics as well as a 6th-generation Core i7 processor and a 512GB SSD; you can spec it up to 16GB of RAM, a 2,560 x 1,440 display and LTE data if you need more breathing room. It's a heavy slate at 3.9 pounds, but you probably won't mind unless you like to sketch while standing up. The biggest catch may simply be the wait -- the P40 Yoga won't ship until the first quarter of 2016, when it'll start at $1,399. There are a couple of more conventional options launching around the same time. The $1,299 ThinkPad P50s is a lower-cost version of the regular P50 that ditches the Xeon chip for a Core i7, and maxes out with "just" a 2,880 x 1,620 display. And if you still need a desktop, the ThinkStation P310 starts at $729 and can carry up to a Xeon E3 processor, 64GB of RAM and various flavors of NVIDIA's pro graphics cards.

In this article: computer, convertible, gear, hybrid, laptop, lenovo, pc, personal computing, personalcomputing, tablet, thinkpad, thinkpadp40yoga, thinkpadp50s, thinkstation, thinkstationp310, workstation
All products recommended by Engadget are selected by our editorial team, independent of our parent company. Some of our stories include affiliate links. If you buy something through one of these links, we may earn an affiliate commission.