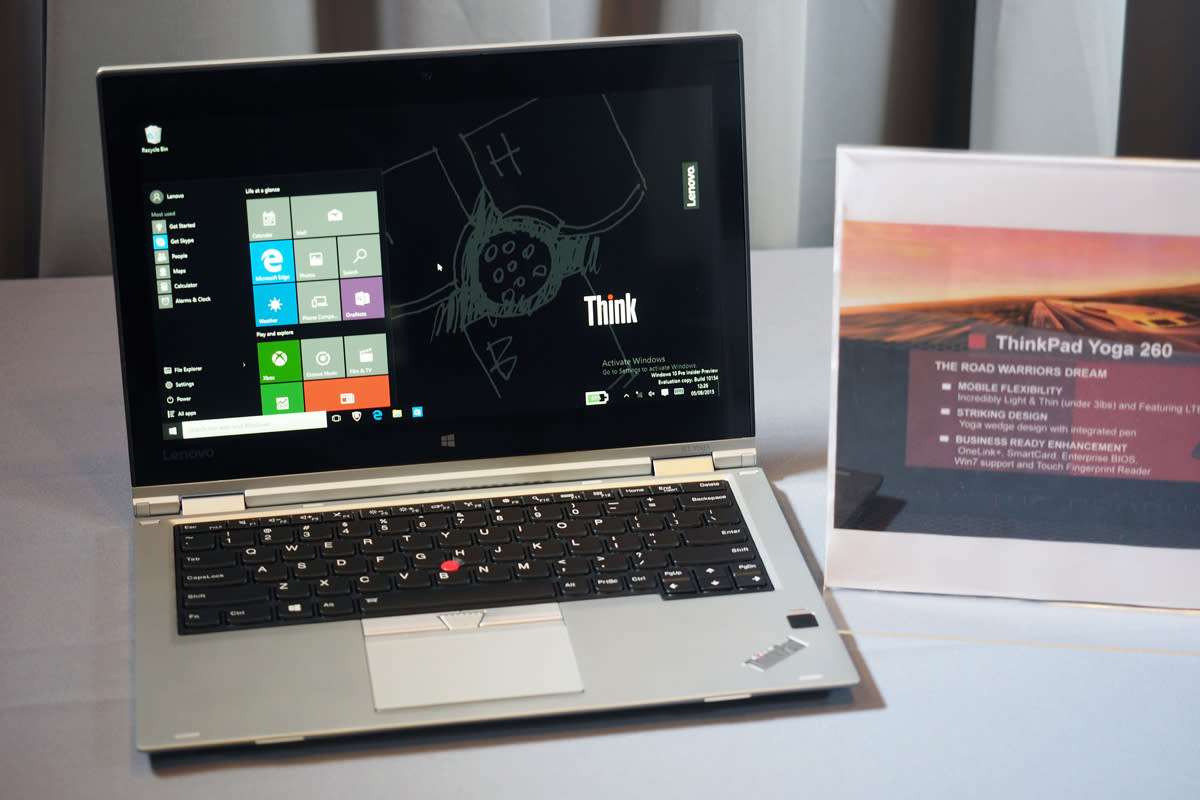 The black, boxy ThinkPad design is so iconic, so predictable, that even a simple color change is enough to make us do a double-take. That was our first reaction to Lenovo's new ThinkPad 260 and 460, both of which are arriving this fall with a silver option -- the first time in a while that we've seen Lenovo put out a business notebook in anything other than basic black. Aside from the lighter color choice, both laptops stick to the signature Yoga design, meaning they have a 360-degree hinge allowing the screen to fold back into tablet, "Stand" or "Tent" mode. As on previous ThinkPad Yogas, the 260 and 460 feature Lenovo's "Lift 'n' Lock" keyboard, which flattens out the keys as you flip it back. There's also a slot on both models for the accompanying pen, which recharges when it's in its garage. Those differences aside, they have this in common: Both are rated for up to 10 hours of battery life, and both run Intel's newly announced sixth-gen Core processors, codenamed Skylake, with some configurations going up to i7. Also, both will be offered with an optional LTE-Advanced radio built in, for those who can't take a chance on always having a WiFi access point nearby. The 260 starts at $949 and will arrive in November, while the 460 goes from at $1,049 and will reach some markets in October. (It won't hit North America until January, which is when Intel usually unveils its latest enterprise-grade CPUs anyway.) As for those pretty silver models? You'll have to wait till January for those too.

In this article: hands-on, ifa2015, lenovo, lenovothinkpad, lenovoyoga, thinkpad, thinkpadyoga, thinkpadyoga260, thinkpadyoga460, yoga
All products recommended by Engadget are selected by our editorial team, independent of our parent company. Some of our stories include affiliate links. If you buy something through one of these links, we may earn an affiliate commission.