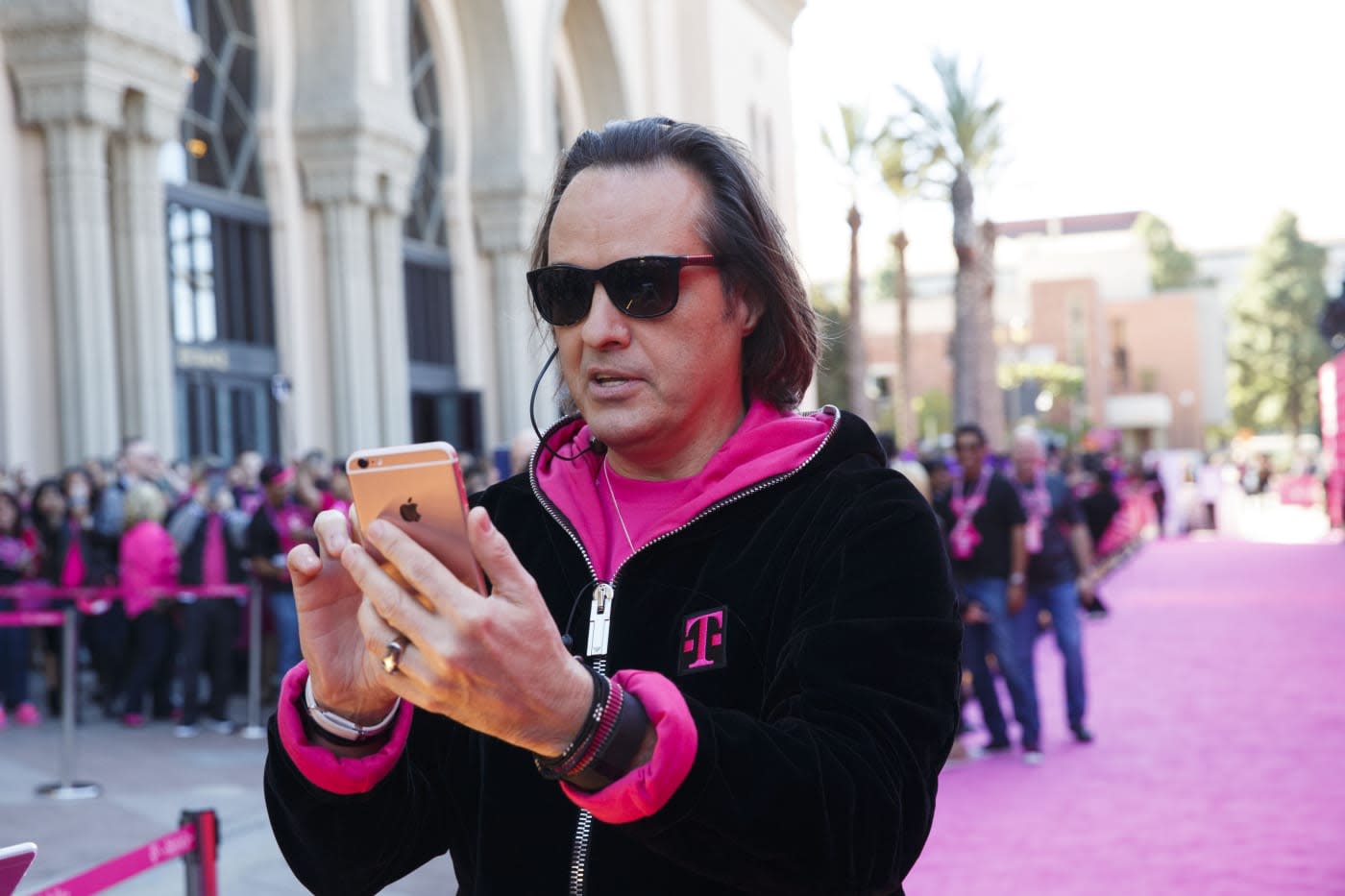 After tempting Sprint customers to jump ship, T-Mobile is looking to do the same with the AT&T faithful. To do just that, John Legere & Co. are offering AT&T customers who make the switch a 128GB iPhone for the cost of the 16GB model. For those who don't want to do the math, that's a $200 discount. The price cut comes in the form of a bill credit and the offer is available starting tomorrow until December 13th.

T-Mobile is also giving discounts of up to half off of its accessories, including wearables, wireless speakers, headphones and more. It'll also pay those early termination fees. "I can already hear AT&T customers asking 'What's the catch?' And I don't blame them -- because with AT&T there's always a catch," said Legere. The carrier promises there isn't one, though. And don't worry Verizon customers, T-Mobile says your offer is on the way, too.

In this article: atandt, att, discount, gear, iphone, mobile, switch, t-mobile
All products recommended by Engadget are selected by our editorial team, independent of our parent company. Some of our stories include affiliate links. If you buy something through one of these links, we may earn an affiliate commission.