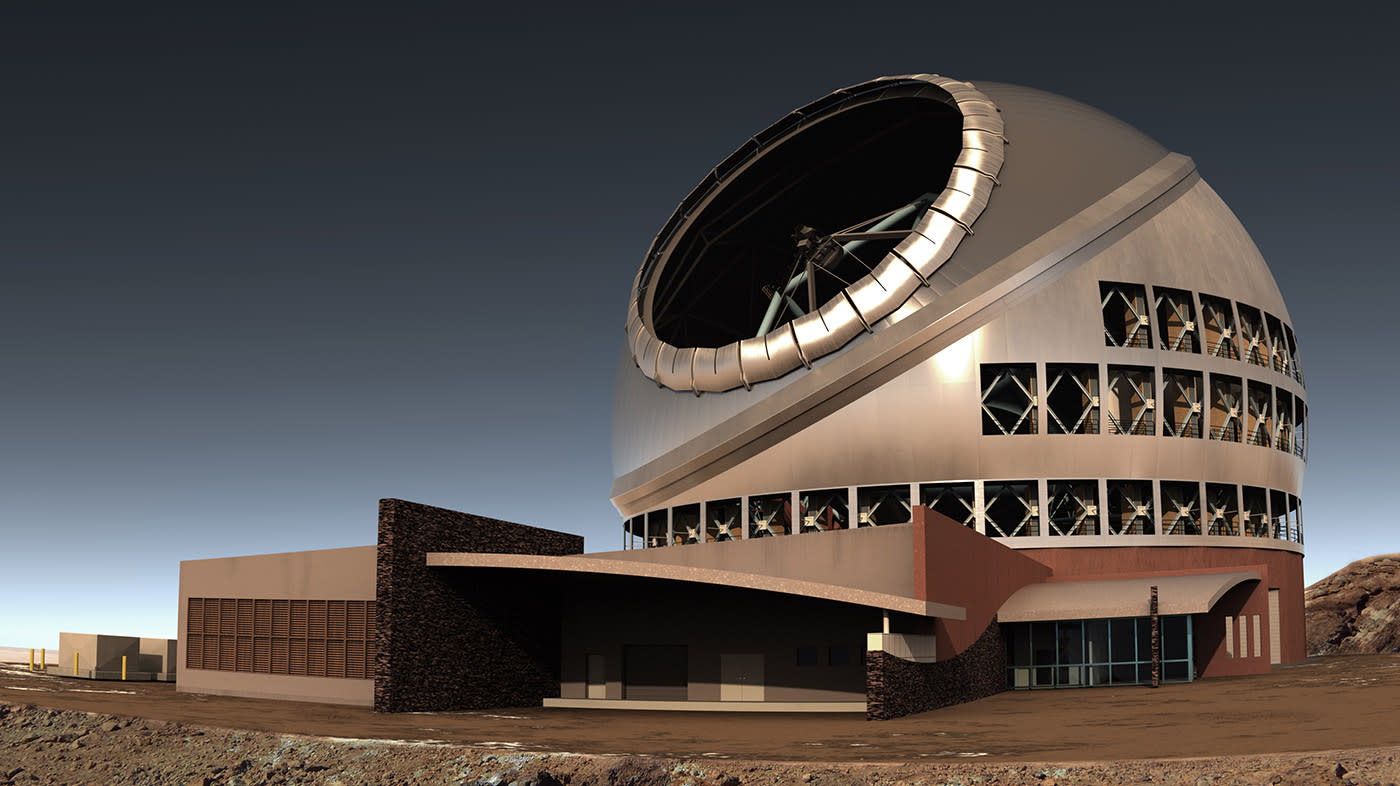 The Thirty Meter Telescope's story has been so full of trials and tribulations, a producer might just find a way to turn it into a soap opera. On Wednesday, the Hawaii Supreme Court has canceled the TMT group's permit, which gives them the right to build the gargantuan telescope atop the Mauna Kea volcano. According to the court, the Board of Land and Natural Resources should not have given the project permission to go forward before it had the chance to hear the side of a group petitioning against its approval. If you recall, the various universities and institutions from the US, Canada, China, India and Japan that make up the team had to wait for over a decade and overcome numerous hurdles before construction began in 2014.

Many locals were (and still are, as this situation has proven) against the project, since some native Hawaiians consider the summit of Mauna Kea as home to the gods, where only priests and chiefs can set foot on. Some protesters even blocked the road up during the groundbreaking ceremony, while others hacked the telescope's website. Back in May, Hawaii governor David Ige finally gave the project his blessing -- the catch was, he wanted 25 percent of the 13 smaller telescopes built on the mountainside to be dismantled. It's unclear what the team's next step is going to be, but seeing as they consider the volcano's summit as the ideal spot for telescopes, they're probably not giving up just yet.

In this article: hawaii, science, space, telescope, thirtymetertelescope
All products recommended by Engadget are selected by our editorial team, independent of our parent company. Some of our stories include affiliate links. If you buy something through one of these links, we may earn an affiliate commission.