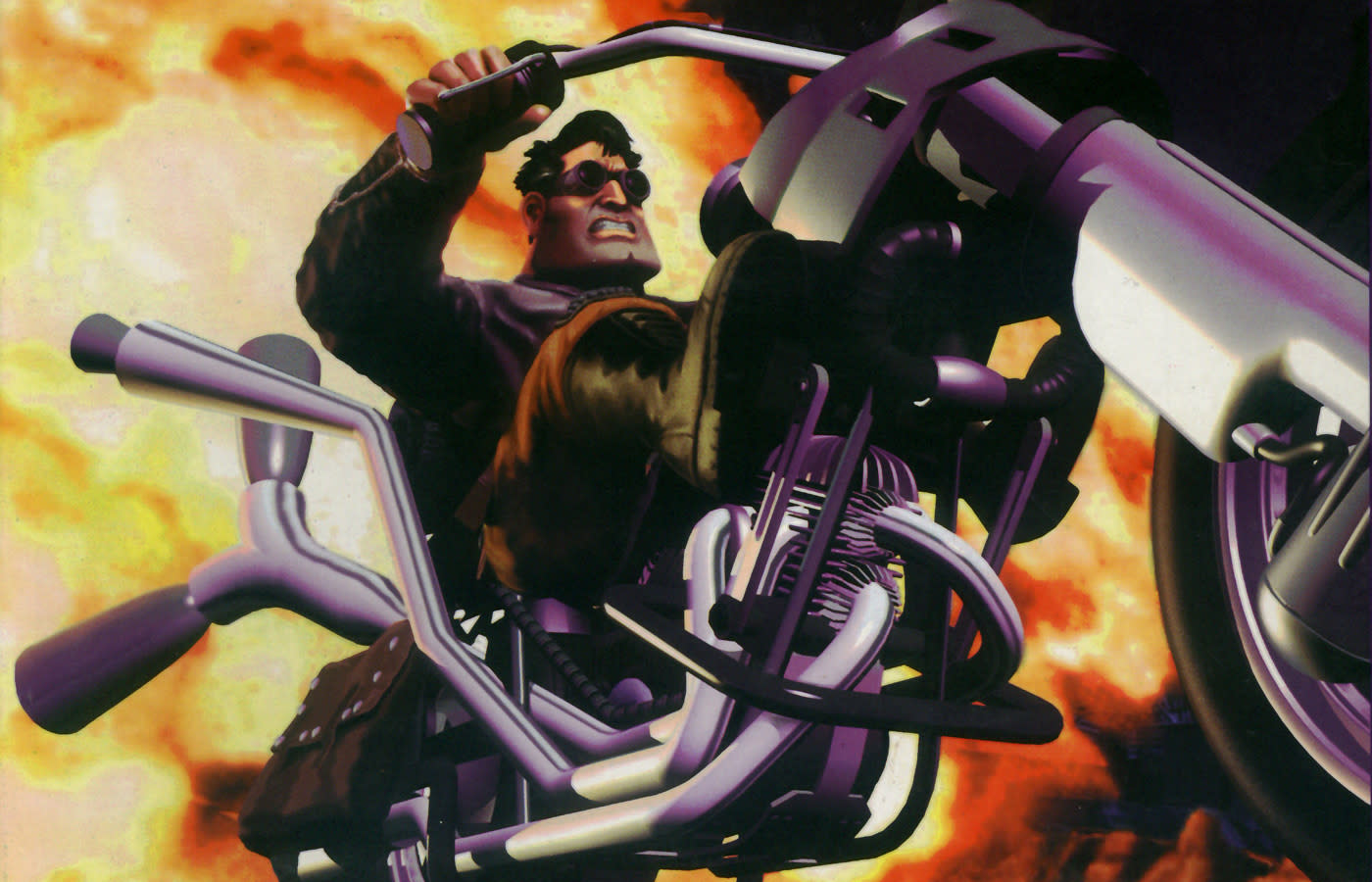 Double Fine isn't counting solely on a crowdfunded Psychonauts sequel to capture your imagination -- it just unveiled a ton of new projects at Sony's PlayStation Experience event. The highlight (at least for gamers of a certain age) is a remastered version of Full Throttle, Tim Schafer's action/adventure classic. It's not certain just when the motorcycle-heavy game will arrive, but it'll be available on both the PS4 and PlayStation Vita.

There's more nostalgia in the pipeline. Double Fine is working on a PlayStation VR puzzle title, Psychonauts: In the Rhombus of Ruin, that will sit in between the first and second Psychonauts games. Also, that Day of the Tentacle remaster? It's launching in March for both the PS4 and Vita. And yes, there's an original game in the mix. The studio has confirmed that its quirky, Metroid-like side-scrolling game Headlander is coming to PlayStation hardware next year.

In this article: av, dayofthetentacle, doublefine, fullthrottle, fullthrottleremastered, games, gaming, headlander, playstation, playstationexperience2015, ps4, psvita, psychonauts, psychonauts2, psychonautsrhombusofruin, timschafer, video, vita, vr
All products recommended by Engadget are selected by our editorial team, independent of our parent company. Some of our stories include affiliate links. If you buy something through one of these links, we may earn an affiliate commission.