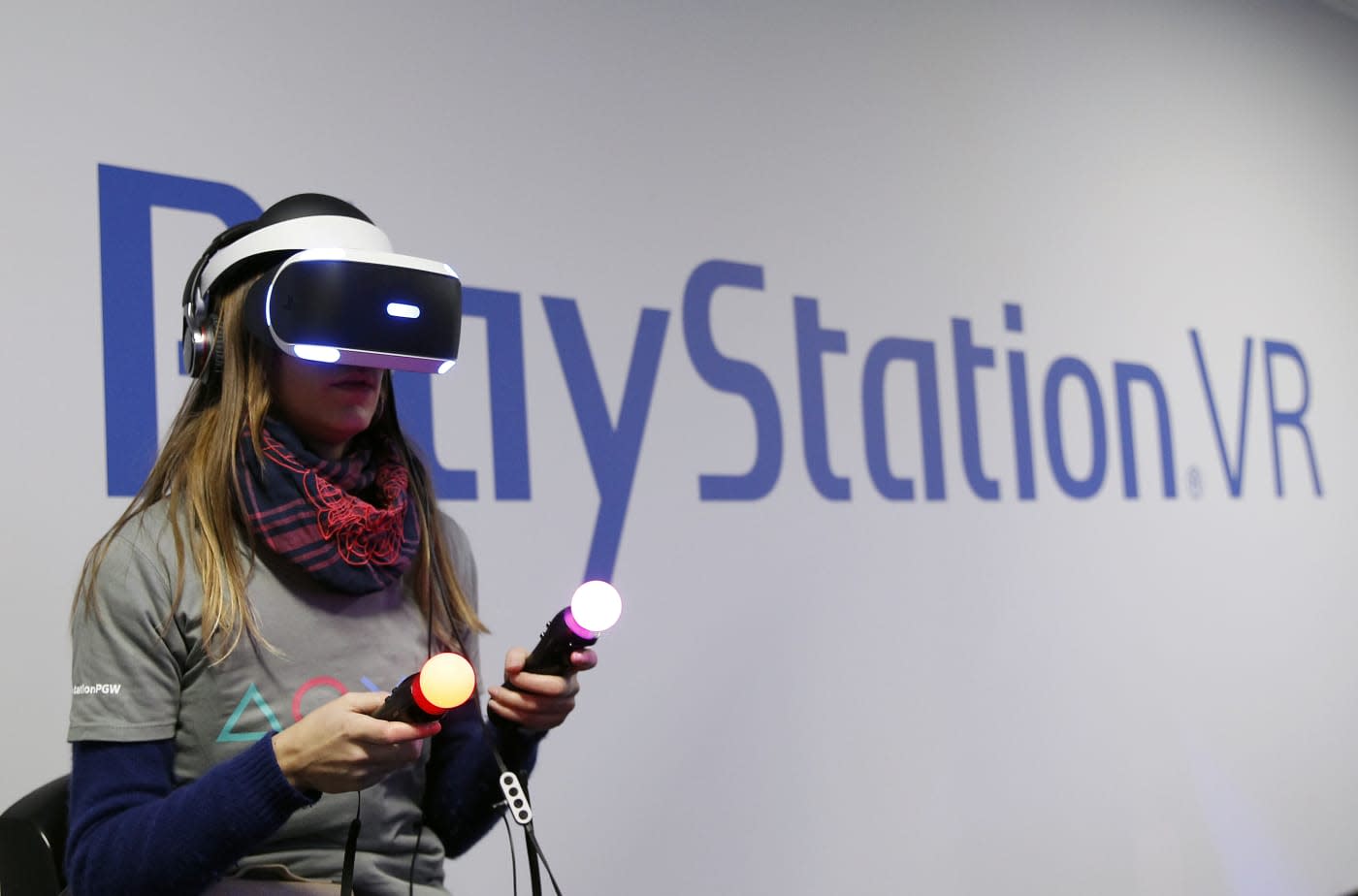 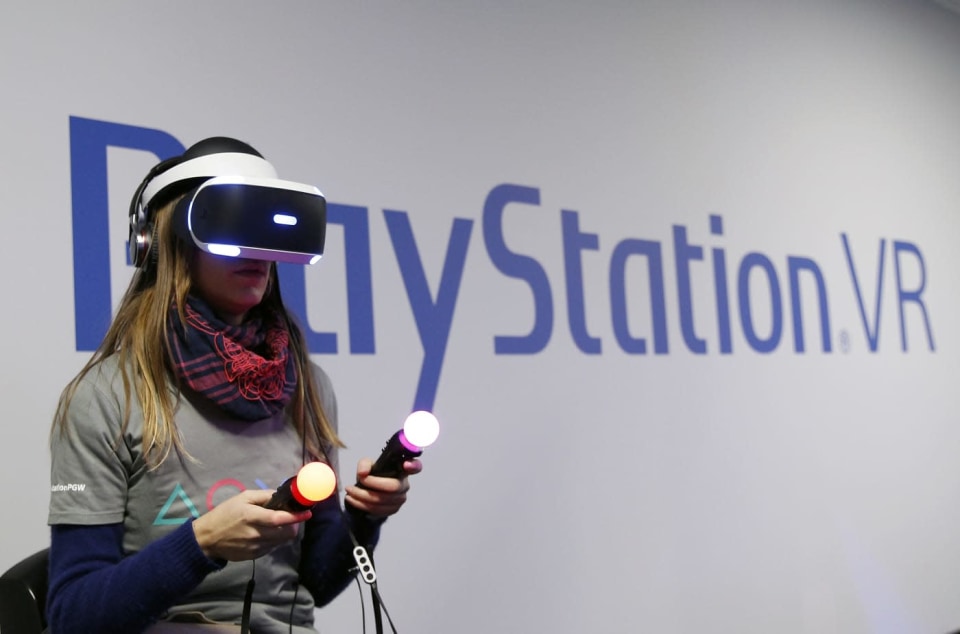 The PlayStation Experience event in San Francisco this weekend is one of the biggest opportunities to date for the public to check out PlayStation VR -- more than a dozen titles are on display here, including titles from Sony, Harmonix, Capcom and more. Unfortunately, it hasn't been easy for those at the show to actually try those games out. Attendees were able to sign up ahead of time and reserve a slot to try the PlayStation VR experience, but a glitch in Sony's database erased all those reservations, leaving a bunch of excited fans figuratively out in the cold.

But that hasn't dampened a general vibe of excitement for Sony's VR efforts. Some of the biggest cheers of the first day's two-hour keynote came for the VR titles shown off, and a number of fans I spoke to around the show were ready to dive into the VR movement, sight unseen. "I'm absolutely going to buy one," an attendee named Shaun tells me right before Sony's VR panel, despite the fact that he hasn't tried it yet. "The potential has totally sold me on it."

Another show-goer named Nick felt the same way. "I'm ready for that feeling of being totally immersed in the world," he told me. "Reality isn't the right word for it, but making believable experiences in VR is something I'm really excited for." His words echoed comments made by a number of participants on Sony's VR panel. Dave Raynard (game director from Sony's London Studio) said his goal when building a VR game is "to transport the player to this other place and make that believable." While there's been a lot of focus on making VR match reality, Raynard believes that VR "doesn't have to be realistic, but it has to be believable."

While most people I talked to had a positive first reaction when I asked them how they felt about VR, there were also a lot of feelings of potential skepticism. "I don't see myself playing through [games like] Batman or Uncharted in VR," said an attendee named P.J. Maybe more in-depth VR games will change that opinion, but that's something that we're still waiting for, even though PlayStation VR is launching next year. "I'm kind of torn" says PlayStation fan Sammy while playing some games on his Vita. "I'm still waiting for a real killer app." A woman named Claudia echoed those sentiments, saying that "it's all too basic right now; I haven't seen anything I really want to play."

There's a lot of enthusiasm for PlayStation VR, but gamers are still waiting for games that don't feel like tech demos.

Fortunately, now that VR technology is relatively proven and reaching a consumer-ready level, game developers have been focusing on higher-quality experiences. But for the most part, nearly everything I've seen around the show is still little more than tech demos rather than anything that you'd want to play more than once. I tried a driving simulator Driveclub VR that was startlingly realistic -- I felt palpable panic when I lost control of my car, and my brain expected my body to move when I hit the brakes or went around a turn. That disconnect was a bit jarring, but I definitely had moments where it truly felt like I was driving.

But it was just an engineering demo -- maybe it'll become a real game, but we just don't know yet. Another title I tried out called Job Simulator: the 2050 Archives was a hilarious VR experience in which I explored a future society's reconstruction of an office drone's late-'90 cube. It's reveal trailer got an unexpected amount of laughs and cheers, and I definitely had fun with the game itself, but how that'll turn into a full-fledged game is beyond me. And Sony itself still isn't saying which demos being shown off at PSX will actually turn into fully-fledged launch titles.

The fact that it has taken developers a little while to figure out how to make a compelling VR game isn't at all unreasonable when you think about how far we've come in the last few years. "Quite often [when developing a game], you're iterating on a known mechanic," Raynard said, "but with VR, you're doing huge leaps, trying something that's never happened before." That's the draw of VR: getting to build entirely new styles of games, even though it takes a ton of error.

Jamie Griesemer of Highwire Games said that "new challenges, new problems, new game design that no one's had to work on before" are what drew him to VR. And his studio showed off one of the more intriguing VR titles thus far, a game called Golem that introduced a character who sees through the eyes of a stone giant and can control his movement. It looked like both a unique game concept and a meta commentary on VR itself -- the girl in the game appeared to be having the same experience that a gamer playing in VR would have. There were a number of other full-fledged gaming experiences shown during the keynote, including 100 Foot Robot Golf, Psychonauts VR, Rez Infinite, and Ace Combat 7. Most of these were playable on the show floor, but they give me hope that VR gaming is almost ready to have those much-needed killer apps.

In just a few years, we've gone from pure tech demos with no gameplay value to something like EVE: Valkyrie, the first VR game I've ever tried that actually feels like a title that people would go out and pay money for. We still need more games like EVE: Valkyrie and Golem before VR gaming can really take off. But if what Sony showed off today is any indication, one of the next big video gaming events, be it next year's GDC or E3, should finally have a slate of VR games that might make customers want to open their wallets and bring VR gaming from promise to gaming reality.

In this article: gadgetry, gadgets, gaming, gear, playstationexperience, playstationexperience2015, sony, timeline16vrgear, top5daily
All products recommended by Engadget are selected by our editorial team, independent of our parent company. Some of our stories include affiliate links. If you buy something through one of these links, we may earn an affiliate commission.