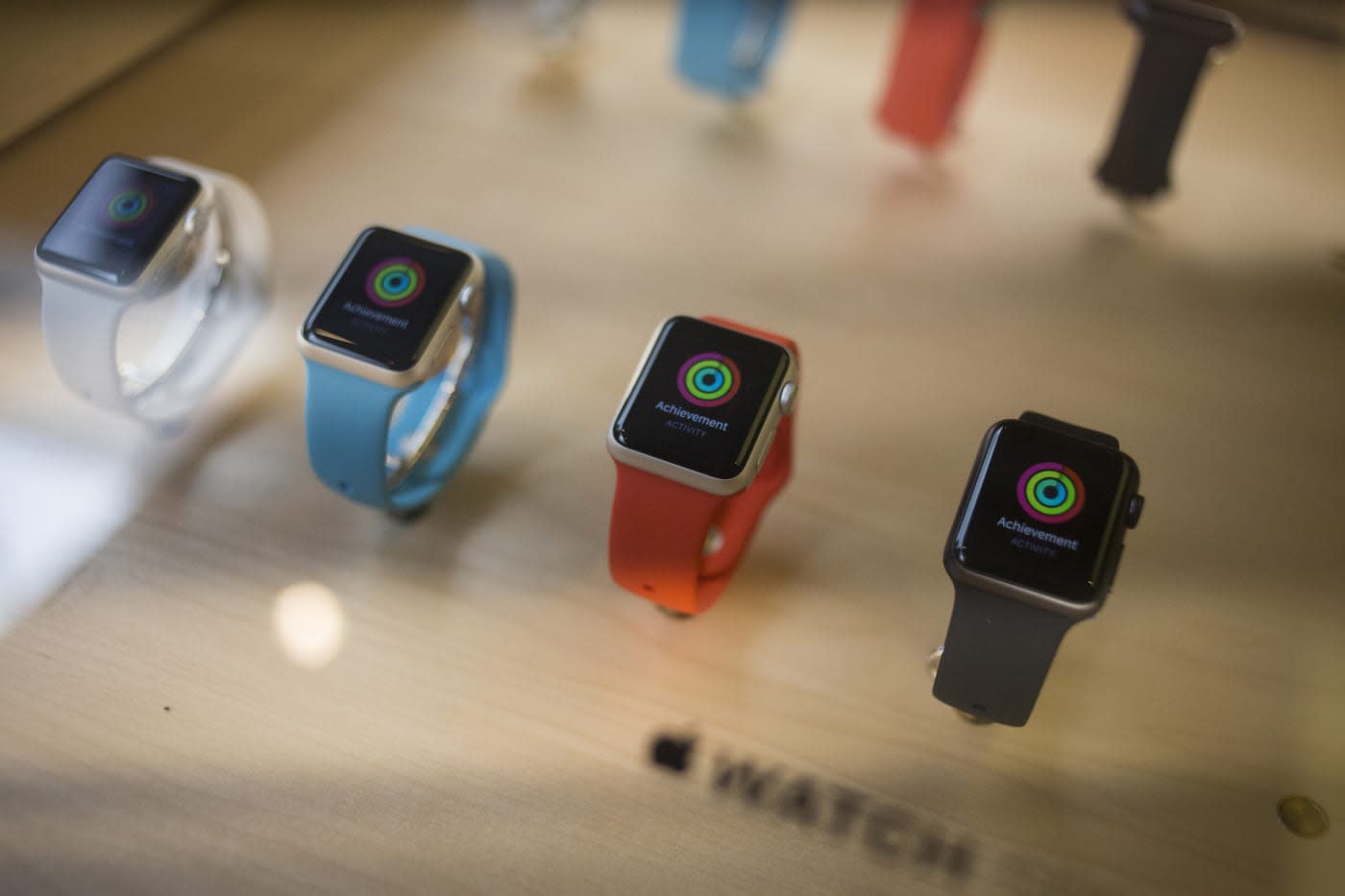 If the rumors are true, Apple's next big reveal will happen in March. 9to5Mac reports that Cupertino is planning to pull the wraps off of the Apple Watch 2 at the event, which would be the second consecutive year the company held a product announcement in that month. Details are scarce on version 2.0 of the company's smart watch for now, but reports suggest that Apple has a new camera, wireless connectivity, revamped sleep tracking and upgraded health sensor tech in the works for the device. Bands with built-in senors are also rumored to be on the way and the report says that the Watch 2 will go on sale in April.

What's more, 9to5Mac's sources say it's possible that we may also see the long-rumored iPhone 6c break cover at the event. If you'll recall, the 6c is said to offer a 4-inch handset in a metal chassis, differing from the "unapologetically plastic" shell of the iPhone 5c. The iPhone 6c is also rumored to house Apple's A9 chip and NFC to drive mobile transactions with Apple Pay. As is the case with these reports, the company could change plans leading up to the event, especially given the fact that we're three months out. That being said, 9to5Mac's Mark Gurman has a solid track record as of late, so don't be surprised if both of these gadgets are revealed this spring.

In this article: 6c, apple, applewatch2, event, gadgetry, gadgets, gear, iphone, iphone6c, report, rumor, smartwatch, watch2, wearable
All products recommended by Engadget are selected by our editorial team, independent of our parent company. Some of our stories include affiliate links. If you buy something through one of these links, we may earn an affiliate commission.