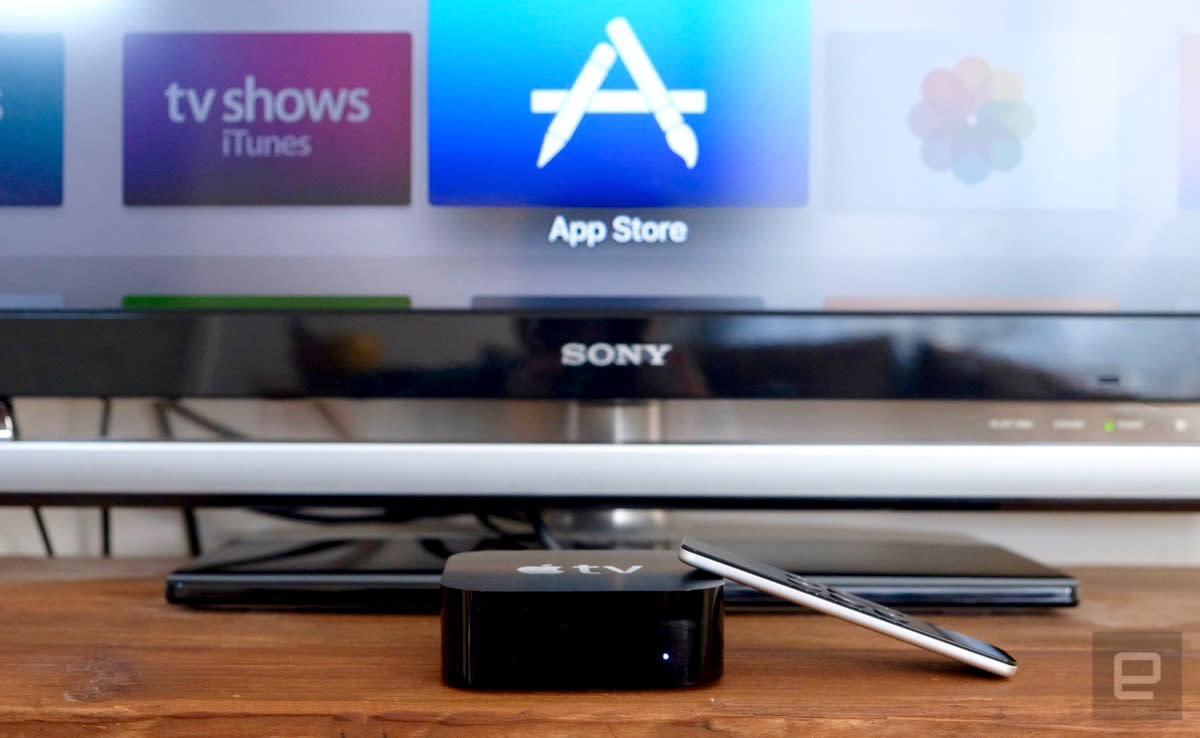 The other half of the rollout for the new Apple TV has always been a rumored streaming TV service. It wasn't present for the device's launch, and now CBS CEO Les Moonves (who has previously been good for a quote or two on Apple's TV plans) says the project is on ice. Speaking at the Business Insider Ignition conference in New York the exec claimed "They've had conversations on it, and I think they pressed the hold button." According to Bloomberg a source said Apple has suspended its plans, and will go ahead with the Apple TV as a platform for content available via the App Store.

The new Apple TV seems built to take on conventional cable and satellite TV bundles for streaming live channels, but for now owners can expect to navigate a segmented experience of different apps, often with their own logins. Moonves went on to say that he believes "it will happen," through Apple or someone else, and suggested a price point of around $35, with users having more of an opportunity to opt for the channels they want to watch.

As internet TV providers provide services that compete squarely with traditional TV, Amazon just announced the option to tack Starz, Showtime and others onto its Prime video service. Dish Network has Sling TV streaming a bundle of channels while PlayStation Vue is rolling out to more areas with a wider selection of channels and DVR features, but at a slightly higher price. Tim Cook and Apple's advertising campaign promise that the future of TV is apps, but it doesn't feel that way to me, even with the new remote's Siri-powered universal search. Without a truly new video experience to go along with its hardware, the new Apple TV is a lot like the old one.

In this article: apple, AppleTV, av, CBS, entertainment, internetTV, IPTV, LesMoonves, rumor, streaming
All products recommended by Engadget are selected by our editorial team, independent of our parent company. Some of our stories include affiliate links. If you buy something through one of these links, we may earn an affiliate commission.