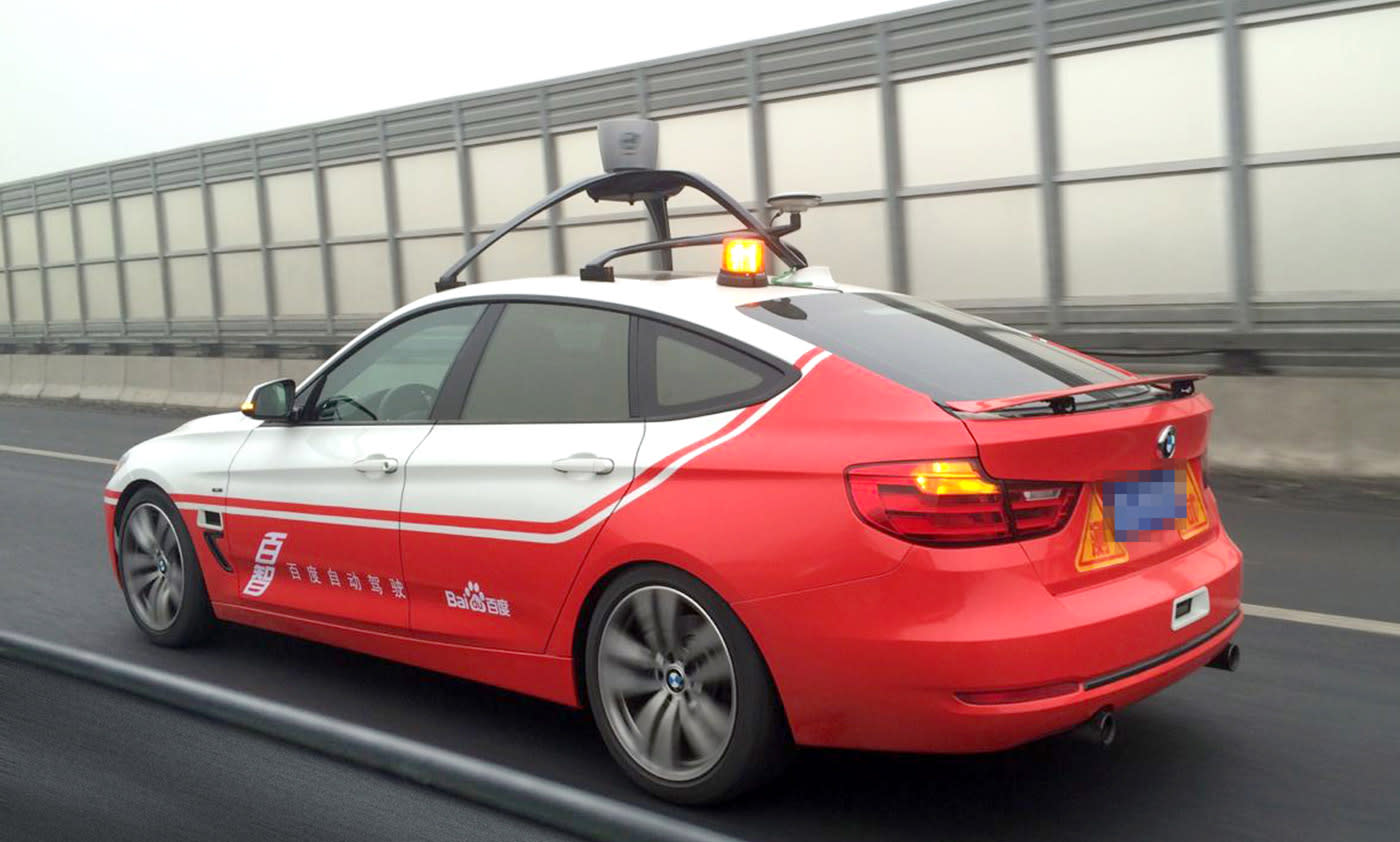 Baidu's working hard to catch up to Google's autonomous car tech, and just recently, its modified BMW 3 series has completed a rigorous, fully autonomous testing on mixed roads. The Chinese Google's autonomous car traveled an almost 19-mile route that began at its headquarters in Beijing without the intervention of a human driver. Wang Jing, its Autonomous Driving Unit's SVP, boasted: "Fully autonomous driving under mixed road conditions is universally challenging, with complexity further heightened by Beijing's road conditions and unpredictable driver behavior." The vehicle made right/left/U-turns, passed other cars and merged into traffic on its own while going at a top speed of 62 mph.

Baidu's autonomous car is loaded with the company's "AutoBrain" that brings object recognition and environment perception technology onboard to detect other vehicles, obstacle and road lanes. This AutoBrain system is also loaded with the company's highly automated driving (HAD) maps, which records 3D road data (to within a few centimeters of accuracy) that the vehicle can access when positioning itself. Baidu says its autonomous driving initiative is the first in the Asian country to accomplish a fully driverless test under mixed-road conditions, but it's clear that it still has a ways to go before it can release a car people can buy.

In this article: autonomous, autonomouscar, autonomousdriving, baidu, bmw3, Bmw3-series, gear, timeline16selfdrive, transportation
All products recommended by Engadget are selected by our editorial team, independent of our parent company. Some of our stories include affiliate links. If you buy something through one of these links, we may earn an affiliate commission.