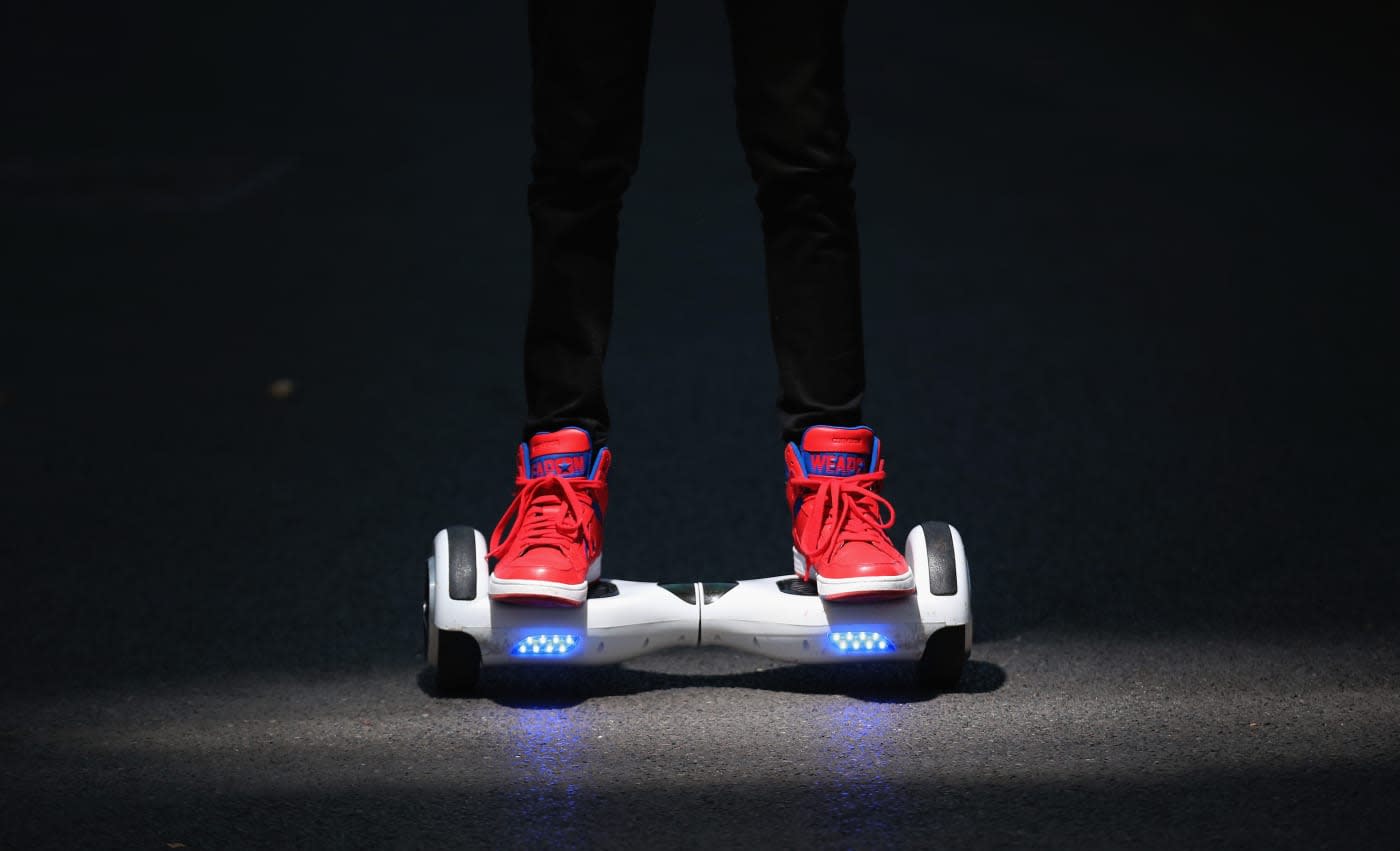 Even if those self-balancing scooters called "hoverboards" become street legal in London, you might have a tough time taking one across the pond. A number of airlines has decided to ban them from flights after several reports came out that these devices can spontaneously catch fire, likely because of their lithium-ion batteries. In the past few days, Alaska Airlines, British Airways, JetBlue and Virgin America have announced their decision not to accept the scooters onboard. American Airlines, Delta and United followed suit, and we wouldn't be surprised if the list keeps growing.

The United States Consumer Product Safety Commission (CPSC) is trying to get to the bottom of all incidents reported to the agency and in the news. One hoverboard, for instance, blew up while being charged in a home in New York, while another one in Lousiana shot flames while plugged in, destroying a family's house in the process. You can also see one burning up in a mall below. That's in addition to looking into the general safety of using one of these toys, as the agency has apparently received 30 reports of people going to the ER due to hoverboard-related accidents so far.

It's worth noting that not all hoverboards are created equal and their quality could depend on the manufacturer. Since they're a new product, however, it's still hard to know which brands you can trust. Sean Kane, president of the Safety Institute told The Washington Post: "The reality is the safety and fitness of these products is unknown. Are there well-constructed ones that are safe? Maybe. Are there ones that are clearly having problems? The answer is that appears to be the case." If you already have one in your household, CPSC spokesperson Patty Davis says that to be safe, only plug it in to recharge if you can keep an eye on it.

Hoverboard starts on fire at mall. Are they safe? #DramaAlert pic.twitter.com/exGdtZBvA9

In this article: gadgetry, gadgets, gear, hoverboard, toys
All products recommended by Engadget are selected by our editorial team, independent of our parent company. Some of our stories include affiliate links. If you buy something through one of these links, we may earn an affiliate commission.