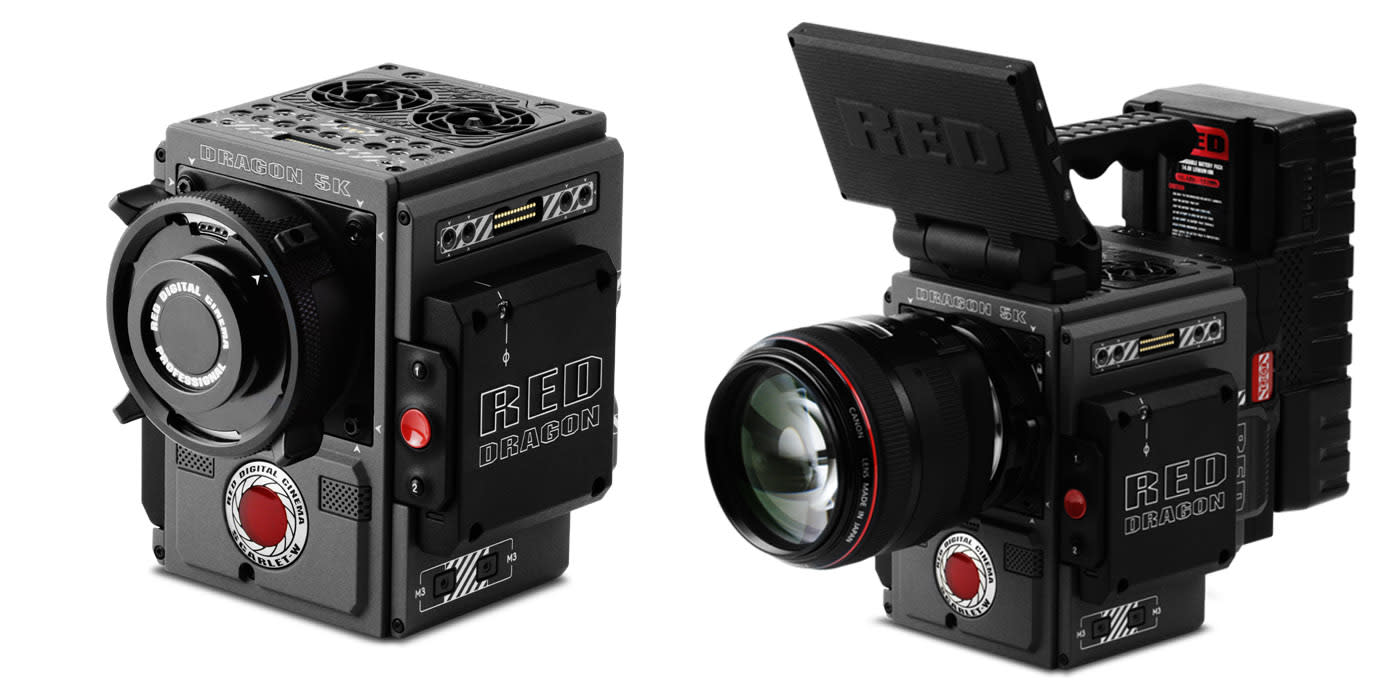 Shooting a film or commercial with the same high-end equipment as a Peter Jackson or David Fincher just got cheaper. Red just revealed the $9,950 Scarlet-W and Scarlet-W Monochrome, cameras that shoot 5K RAW video and 2K ProRes with the company's Dragon sensor. For slo-mo, the 3.5-pound camera can handle 60 fps in 5K widescreen, 150 fps at 4K, and 300 fps at 2K resolutions. The model sits between the high-end $29,000 6K Epic model and the recently launched $5,950 Raven. Red's Jared Land told No Film School that the Raven is intended for drone or gimbal work, while the Scarlet-W is an entry-level main camera. "All of our [latest] cameras have the Dragon sensor in common, so intercutting footage between the entire line is pretty seamless."

Unlike past models, previous Scarlet cameras can't be upgraded to the Scarlet-W, which puts a dent in the company's "obsolescence obsolete" mantra. However, owners of the last Scarlet Dragon model will get a $2,500 reduction on the entry-level shooting package with a Canon mount (Nikon is also available), paying $12,000 instead of the regular $14,500 price -- and will still get to keep the old one. The price should make it a hit with indie producers and rental houses, though Arri's Alexa and other models are arguably much more popular in mainstream films. Meanwhile, directors like Tarantino and Nolan still prefer to shoot on celluloid.

In this article: 5K, cameras, CinemaCamera, gear, Red, Scarlet-W
All products recommended by Engadget are selected by our editorial team, independent of our parent company. Some of our stories include affiliate links. If you buy something through one of these links, we may earn an affiliate commission.