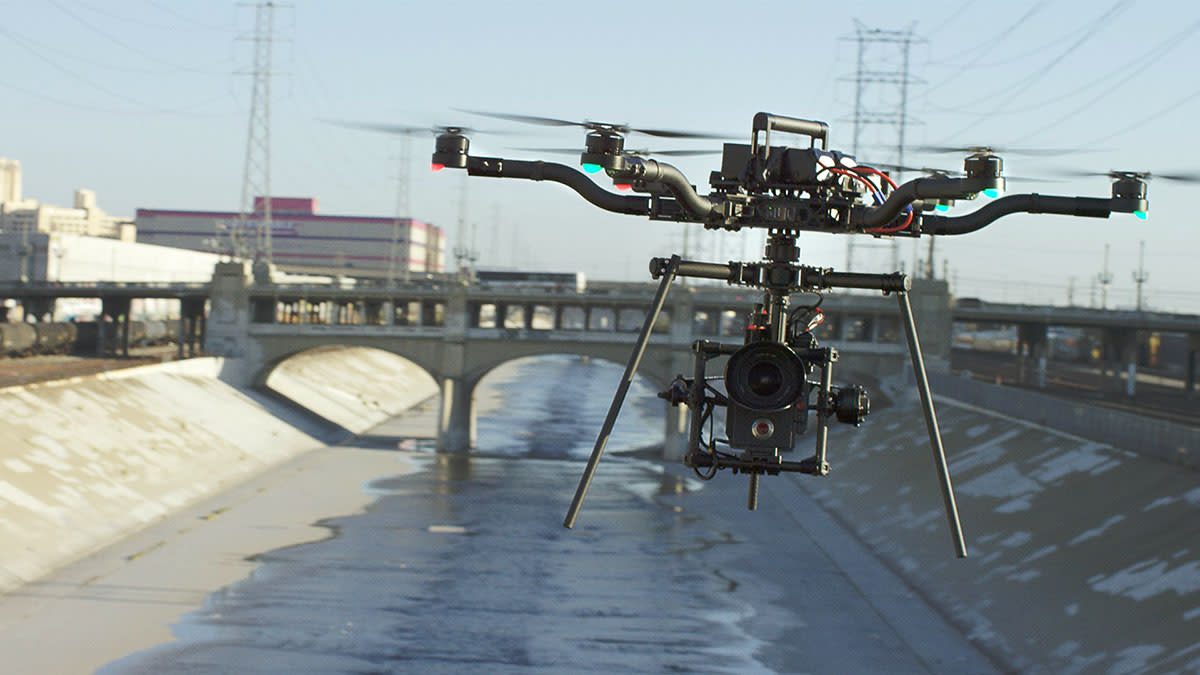 Red, the company best known for professional cameras used on films like The Hobbit, has just launched a camera for producers with more modest budgets. Called Raven, it can produce 4,096 x 2,160 4k RAW video at up to 120 fps, and 2,048 x 1,080 ProRes at 60 fps max. Red has priced it at $5,950 for the body only, though you'll likely need to spend $10,000 or more before you can shoot anything. You'll get the same Red Dragon sensor that's on the company's $29,000 Epic, albeit a smaller version that's between APS-C and Micro Four Thirds sizes.

It also weighs a relatively lightweight 3.5 pounds, making it hoist-able on a decent sized drone. In fact, Red is offering a $9,750 "Jetpack" package that will work for handheld shooting, gimbals and drones, along with a $9,950 package for documentary, TV and online producers. As for when it's coming, pre-orders have started, and shipping is scheduled for February 2016. That's only an estimate, however, and Red has been known to slip on those dates.

In this article: 4K, CinemaCamera, Professional, Raven, Red, RedRaven, UltraHD, video
All products recommended by Engadget are selected by our editorial team, independent of our parent company. Some of our stories include affiliate links. If you buy something through one of these links, we may earn an affiliate commission.