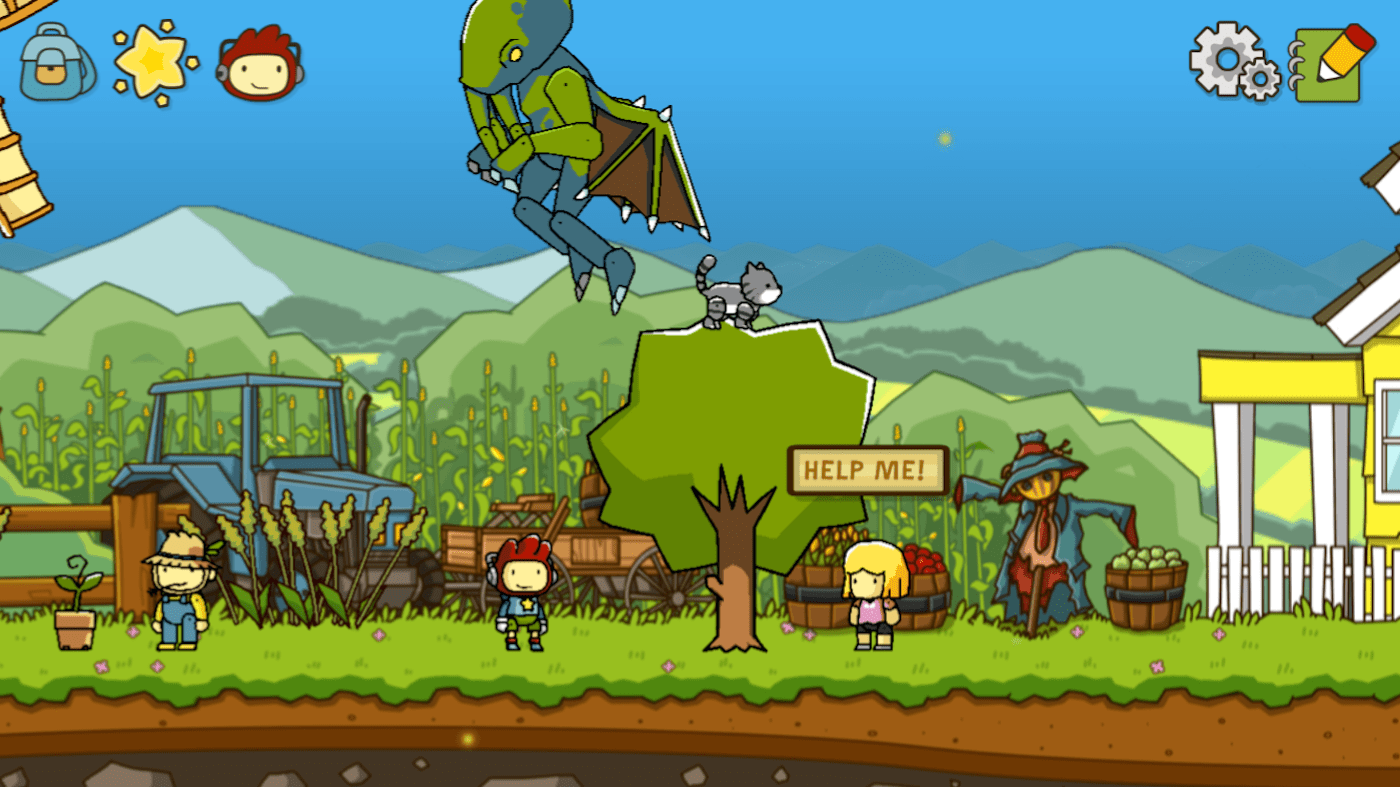 Scribblenauts started as a handheld game, and now the adorable interactive dictionary puzzler is making its way to Android and iOS after an extended break from mobile. 2012's Scribblenauts Unlimited (which appeared on 3DS, PC and Wii U) is available right now on Google Play and as a universal app on iTunes for the cool price of $4.99. A version's heading toward the Amazon Appstore on Android as well.

This is pretty cool news, actually. The Wii U version of the game played out entirely on the GamePad's screen, mirroring the visuals to the TV while you brought a seemingly limitless amount of creatures and objects to life by simply typing the words out; mobile is the perfect venue for this series.

So when you need to help protagonist Maxwell's brother teach a pig to fly so it can win a competition, writing out "giant wings" and dragging them onto the swine will secure a first place trophy just like that. It's more or less how each puzzle in the game plays out. Of course, since this version of the game isn't on a Nintendo platform, you can't summon the likes of Mario, Samus or Link to do your bidding like you could on the Wii U and 3DS -- but a giant Cthulu? That's doable.

Similar to Scrabble, vulgarities and proper nouns are verboten, but sadly in-app purchases are not. Avatar packs to swap your player character are $0.99 each along with "playgrounds" containing three new levels apiece.

In this article: 5thcell, android, cthulu, gaming, googleplay, ios, itunes, mobile, scribblenauts, scribblenautsunlimited
All products recommended by Engadget are selected by our editorial team, independent of our parent company. Some of our stories include affiliate links. If you buy something through one of these links, we may earn an affiliate commission.