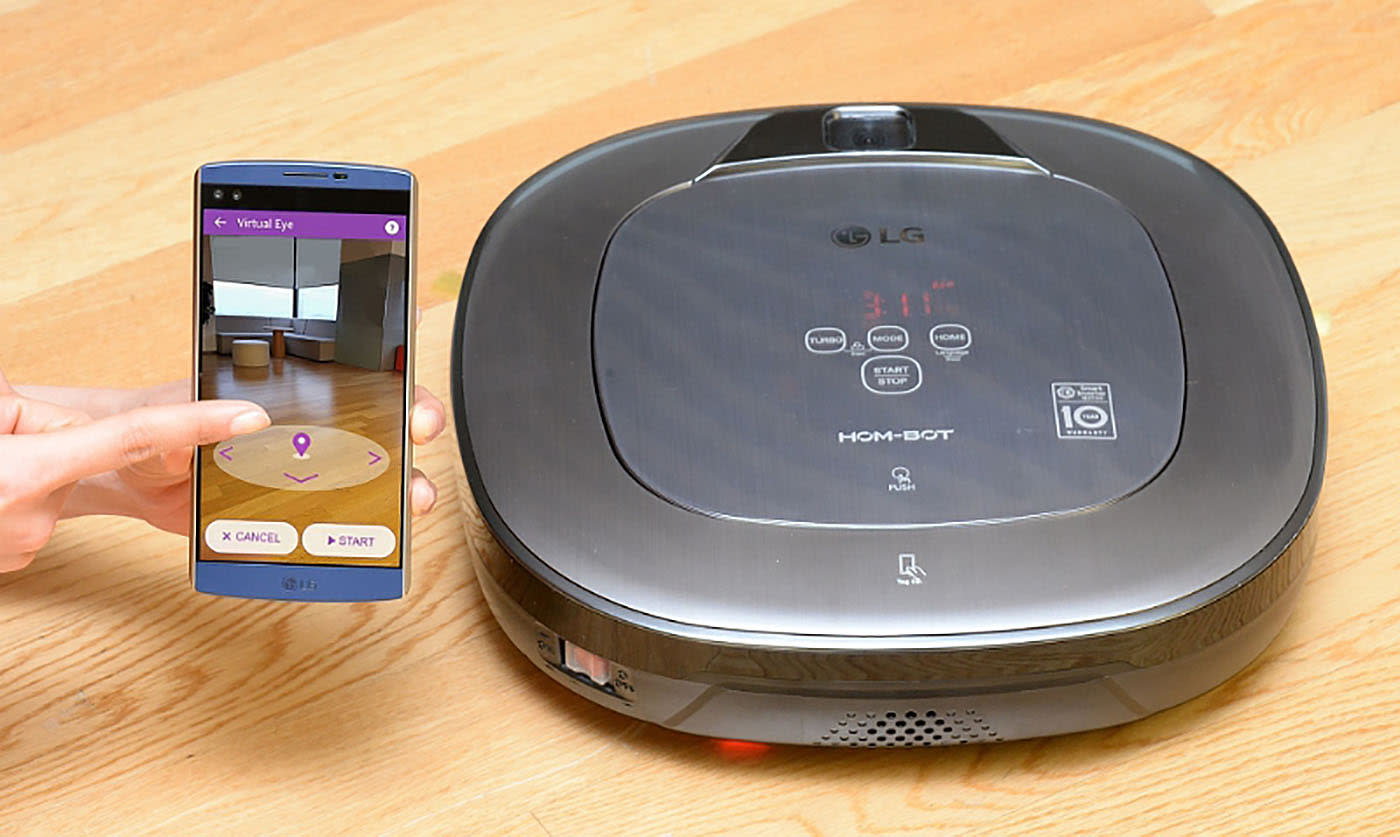 LG has launched its latest Hom-Bot robotic vacuum, the Turbo+, and is trying a few techie gimmicks to make it stand out from the latest models by Roomba and Dyson. The main new feature on the Turbo+ is "Home-Joy," a quasi-augmented reality (AR) function that takes advantage of a smartphone app. All you need to do is point your smartphone's camera at a region of the floor you want to clean and the Turbo+ will go to town on it, eliminating the need for any tedious mapping.

Meanwhile, the device's three cameras and the "Home-View" feature let you monitor a cleaning cycle via a live feed, even when you're not in the house. Most intriguingly, the Turbo+ acts as a movable security camera, transmitting photos to your smartphone if it detects movement. It's not a first for such a feature, but is possibly a premiere for mainstream robotic vacuums. LG will reveal the new device (along with two other regular vacuums) at CES 2016, which is coming up in a couple of weeks -- yep, it's that time of year already.

In this article: CES2016, gear, Hom-Bot, Hom-BotTurbo+, lg, RoboticVacuumCleaner, robots, Vacuum
All products recommended by Engadget are selected by our editorial team, independent of our parent company. Some of our stories include affiliate links. If you buy something through one of these links, we may earn an affiliate commission.