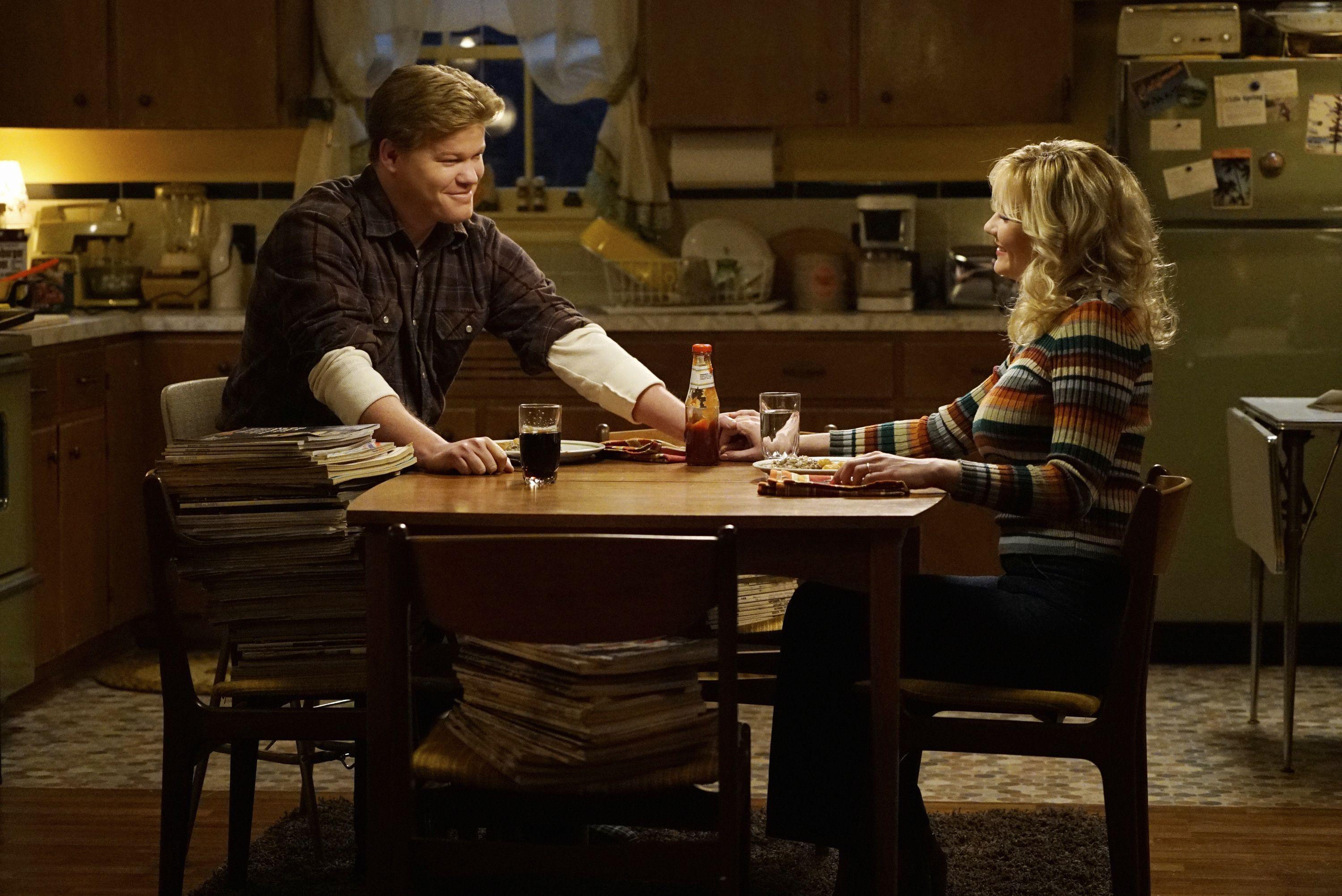 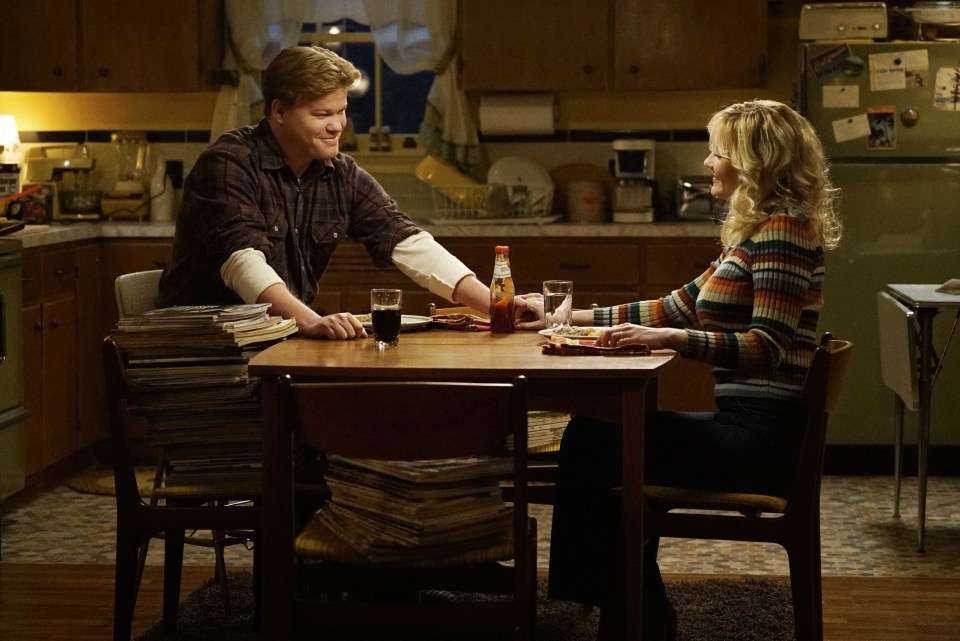 If you've been struggling to keep up with the mammoth amount of television these days, 2015 didn't do you any favors. We saw more original series than ever from Netflix (most of which are definitely worth a watch), as well as a slew of great shows from established networks. Some call this the era of peak television -- we just like to think of it as the age of binge watching.

All of our recommendations from last year still stand, though some might now be available on different streaming platforms. We've also tried to focus on shows readily available on services like Netflix, Hulu and Amazon Prime, but in some cases you'll actually have to (gasp!) buy individual bits of content. Now onto the selection:

While this special seems like a Netflix gimmick to cash in on Bill Murray's celebrity, it's actually something much more. Murray plays himself, dreading an upcoming Christmas show that's taking place amid a terrible blizzard in New York City. With no guests to be seen, he ends up making the best of the situation with the other unfortunate souls stuck in his hotel. It's simply charming and sweet, with a hint of melancholy. We already see ourselves revisiting it over the next few years.

Where to watch: Netflix
Watch if you like: Bill Murray, A Charlie Brown Christmas

No, it doesn't really make sense to remake the Coen brother's seminal slow-burn crime film as a TV series. But it turns out, that's not what the show's creator, Noah Hawley, has in mind at all. Fargo's first season shares some basic story details with the 1996 film, but it veers off into completely different territory as it remixes other elements from the Coen's backlog. If you liked No Country for Old Men's unstoppable villain Anton Chigur, you'll love Billy Bob Thornton in this.

Fargo's first season was a breath of fresh air. But its second season is even better, with a stronger cast (including Friday Night Lights' Jesse Plemons, Patrick Wilson and Kirsten Dunst), and a story that does a surprisingly great job of exploring family and gender roles (with habit of weirdness thrown in). Also, there are shootouts. Lots of them.

Where to watch: Hulu (season 1); iTunes/Amazon (Season 2); FX
Watch if you like: Justified, Westerns, and the Coen's crime films

Give Damon Lindelof a break already. We get it, you were disappointed with how Lost turned out. And you probably blame him for some of the issues with the new Star Trek films. But it's time to move on — which, fittingly enough, is one of the major themes in The Leftovers. The first season introduced us to a world where a small portion of the world's population simply disappeared, in a Rapture-like event. But instead of trying to figure that mystery out, we followed how it affects people in a small town. Families are torn apart. Cults are formed. The nature of reality is questioned.

It's definitely a tough show to watch, but it's the sort of cathartic experience that makes you reassess what's important in life. The first season takes a while to get going, but it's worth watching for several incredible standalone episodes, as well as a strong second half. With the second season, Lindelof and his writers have crafted one of the most poignant and unpredictable television experiences ever. Consider him redeemed.

Where to watch: HBO Now/Go
Watch if you like: The X-Files, Lost, Twin Peaks

Rebadged for American audiences (it's called The Great British Bakeoff elsewhere), this is a cooking competition show that's as comforting as drinking hot chocolate while curled up under a blanket on a winter morning. What makes the show truly different is its lavish production (everyone is baking in a countryside tent), sugary sweet tone and creative challenges.

Where to watch: Netflix, PBS
Watch if you like: Chopped, Top Chef

Aziz Ansari's Netflix series is indeed hilarious, yet it's also a wonderfully real portrayal of thirty-something life and relationships today. It follows his dating life as a young actor in New York City, but it also touches on his relationship with his immigrant parents, and the surprising trend of Hollywood "brown facing" white actors to play South Asians. Ansari has crafted something truly unique in the guise of yet another show portraying NYC as a magical wonderland for affluent, disaffected young people.

Where to watch: Netflix
Watch if you like: Parks and Recreation, Girls, Aziz Ansari

"Life. It's literally all we have. But is it any good?" So begins every episode of Comedy Central's Review. If you're reading this site, you're probably familiar with the idea of reviewing products. But Review, instead, aims to put a score on actual life experiences. And for host Forrest MacNeil (played by comedian Andy Daly), that includes things like stealing, road rage and even divorce.

As you can imagine, these situations don't usually end up too well for him. Review starts off pretty straightforward, but it quickly reveals itself to be a dark comedy that revels in pushing Forrest to the brink. The extent to which he destroys his life for a dumb TV show is admirable. And hilarious. (Also, it's strangely reminiscent of the lives of gadget reviewers.)

Where to watch: Comedy Central, Hulu
Watch if you like: Curb Your Enthusiasm, The League, Arrested Development

How do you piece together a normal life after spending 19 years on death row? Is it even possible? And how does coming home affect your family? Rectify isn't your typical TV drama. It's full of quiet whispers and methodical self-reflection. There are few soapy plot twists or big action scenes. The result is an achingly beautiful story that doesn't feel like anything else on television.

Where to watch: Netflix (Seasons 1-2); iTunes, Amazon
Watch if you like: Enlightened, The Wire

If you haven't caught on to the mad brilliance of Rick and Morty yet, now's the perfect time. It's pretty much like Doctor Who or Back to the Future on acid, starring a nebbish teenager and his alcoholic mad scientist grandfather. Hopping between dimensions has never been so hilarious. You can watch the entire first season on Hulu now, but it's the second season where it really matured into something surprisingly meaningful amidst the insanity. It's worth the iTunes blind buy, trust me.

Where to watch: Hulu; iTunes/Amazon (Season 2)
Watch if you like: Futurama, Doctor Who, The Simpsons

The minds behind Breaking Bad give us a closer look at how that show's criminal lawyer Saul Goodman got his start — and the results are surprisingly entertaining. We follow his progression from a small-time lawyer named Jimmy McGill who's simply attempting to do good, to someone pushed towards more extraordinary measures. We expected it to be funny, but we didn't expect the show to end up being one of the best dramas of the year.

Where to watch: AMC; For purchase on iTunes, Amazon
Watch if you like: Breaking Bad, Justify

Finally, a show that at least tries to get hacking right. Mr. Robot takes the vibe of Fight Club and pairs it with a disaffected techie who gets wrapped up in a scheme to take down the global financial system. It's surprisingly stylish for a USA show, and while it can be a bit campy at times, there's enough memorable material to make it worth a watch. Rami Malek is the real star, but it's also a great reminder of why Christian Slater can be pretty darn great.

Where to watch: Hulu, USA
Watch if you like: Fight Club, The Girl with the Dragon Tattoo, technology in general

This show's about another sort of modern family: A thirty-something guy and his divorced sister, along with her teenage daughter, all living in the same house. Yes, it's another show about relationship issues, but it's a unique spin on that formula, with different generations going through their own problems.

Where to watch: Hulu
Watch if you like: Juno, Young Adult

The problem with ultimate power? Life can get pretty boring. That's the dilemma facing Saitama, an amateur superhero who's trained so hard he can defeat anything with a single punch. In his quest to find a suitable opponent, he ends up joining an organization of heroes who fight off the monsters/kaiju/aliens that plague his city. It's a fun, action-packed series on its own, but it's particularly hilarious if you catch the many anime tropes it's making fun of.

Where to watch: Hulu
Watch if you like: Dragonball Z, Bleach, Naruto

The story of a young boy who joins a trio of aliens to fight monsters and save his town/planet (as one does), Steven Universe deftly evolves into a show about childhood, friendship and being a decent human being. It pulls plenty of influence from anime, especially classic shows like Revolutionary Girl Utena with a hint of Sailor Moon, but it also delves into entirely new territory for kids television. Also, the music is simply fantastic.

Where to watch: Hulu, Cartoon Network
Watch if you like: Anime, Dragonball (before Z), joy

Here are a few other choice selections from the Engadget staff:

In this article: av, BetterCallSaul, entertainment, Fargo, MasterofNone, OnePunchMan, RickandMorty, StevenUniverse, TheLeftovers
All products recommended by Engadget are selected by our editorial team, independent of our parent company. Some of our stories include affiliate links. If you buy something through one of these links, we may earn an affiliate commission.