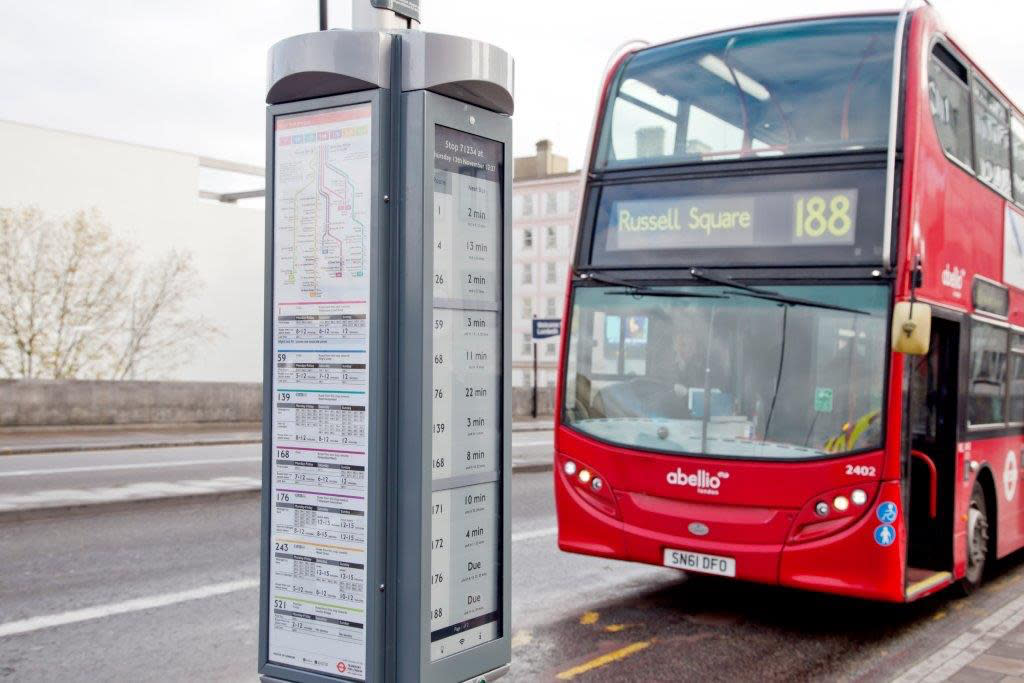 Picture the scene: it's raining and you're waiting for a night bus in London, with very little charge on your phone. Wouldn't it be great if the bus stop had some up-to-date arrival times? So you didn't have to pull out your phone and refer to Citymapper or Google Maps? Transport for London (TfL) is now trialling e-paper displays at a small number of bus stops which offer timetables, route maps and real-time travel information. The screens are the same size as a conventional bus stop sign -- equivalent to three A4 sheets of paper stacked on top of each other -- and complimented with some colourful buttons for illumination and page switching.

The hope is that the new displays will be both readable and environmentally friendly. Like a Kindle, they should be readable in bright sunlight and draw less power than a conventional full-colour screen. TfL says they can be charged from a solar panel too, and retrieve bus arrival information over 3G. For now, it's only available in one location, near Waterloo Bridge, although the plan is to introduce a further three in Parliament Square, Piccadilly Circus and Sloane Square next month. They're be trialled until the autumn -- a full roll-out is probably too expensive, but this should give TfL a better idea of its viability.

In this article: culture, transportation
All products recommended by Engadget are selected by our editorial team, independent of our parent company. Some of our stories include affiliate links. If you buy something through one of these links, we may earn an affiliate commission.