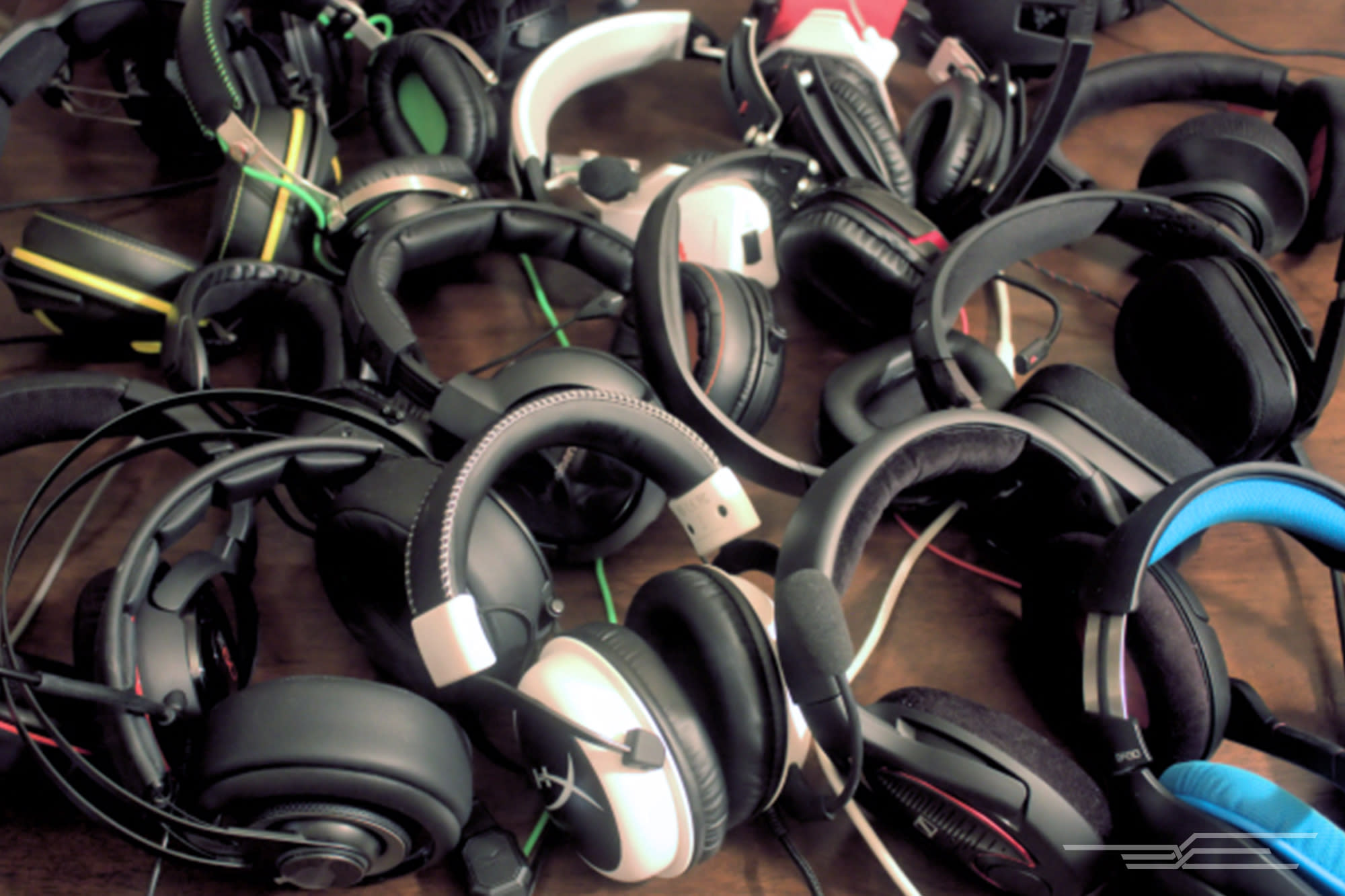 After more than 100 hours spent researching and testing 37 gaming headsets in all, plus more hours of long-term comfort testing than could reasonably be counted, we think the Kingston HyperX Cloud Gaming Headset is the best gaming headset for most people. It's beautifully built, comfortable on a wide variety of heads, and excellent in sound performance, especially for the price. In fact, you won't get find much improvement unless you spend more than double what the HyperX Cloud costs. This model is also incredibly comfortable—you can easily wear it for hours on end without any appreciable cranial distress. It's a clear winner. Testing one of our top picks, the Sennheiser GAME ONE.

In reading user reviews of gaming headsets, you'll note that even the most highly rated model will usually have some number of one-star reviews proclaiming it to be the single worst headset in the history of ever, so our primary goal was to find a headset that no one could reasonably hate. As such, our testers agreed on a veto system: If any of us outright loathed a particular model due to issues of comfort, construction, or sound quality, we cut it from the running with no further discussion.

With that agreed upon—and considering that 87 percent of Wirecutter readers who responded to our recent survey about gaming headsets are primarily PC gamers—we began digging through all of the headsets in three large chunks grouped by price (below $100, $100 to $200, and $200 and above), setting aside models that fell egregiously short in any significant way as compared with others in their price range. Once we had our potential top picks in each category, we went on to use them in extended gaming sessions with two different PCs, during which we sometimes wore the same headset for as many as nine hours at a stretch. Goodies like swappable velour ear pads, as well as mobile and airplane adapters, make our top pick that much sweeter.

Our testers agreed that the Kingston HyperX Cloud Gaming Headset is the right headset for most people due to excellent long-term comfort, great sound quality for the price, a light weight, and exceptional build quality. It simply offers the best combination of comfort and performance for the money of any headset we tested.

Overall, the Hyper X Cloud didn't suffer from the bass problems that so many of the other tested models did. Its frequency response is as accurate and true to life as you could hope for from a headset that costs less than $100. Perhaps most important, we found it less fatiguing for long gaming sessions than any other headset in its price range; in fact, only the much more expensive Sennheiser GAME ONE seriously outmatched it in that regard. The HyperX Cloud features genuine viscoelastic memory foam in its ear pads, not the cheaper foam found in many headsets and headphones. Plus, when we fitted it with its mobile adapter cable and paired it with an iPhone 5s, it performed admirably.

If the Kingston HyperX Cloud is unavailable, our runner-up pick is the updated HyperX Cloud II Gaming Headset, which offers several upgrades but costs a bit extra.

For audiophiles and marathon gamers Sennheiser's GAME ONE isn't as feature packed as other headsets, but its performance makes it the best pick for audiophiles (Alduin the World Eater not included).

If you're more discerning when it comes to sound quality (with movies, music, and games alike), or if your gaming sessions run a little longer than the norm, check out the Sennheiser GAME ONE, which was by far the favorite headset for all our testers thanks to its stellar audio performance, exceptional long-term comfort, and fantastic noise-cancelling microphone.

Note that the GAME ONE benefits from a good bit of extra amplification, which means it may not be the best pick if you game only on consoles. In our tests it didn't truly reveal all of its nuances, especially its powerful bass capabilities, until we connected it to a Sound Blaster DAC/amp—in other words, the more power you give it, the better the GAME ONE sounds. If you don't want to add a sound card to your rig, or if you aren't a PC gamer, we recommend the Sennheiser PC 363D instead.

For gamers on a budget If our top pick costs a little more than you're willing to spend, consider the Creative Draco HS880 Gaming Headset. All of our testers agreed that it's an absolute steal at its MSRP, and it's positively irresistible at its current $45 price on Amazon. The Draco HS880 is not quite as great-sounding as our top pick, but it is hard to beat in comfort and build quality.

If you must have wireless

Although none of our testers could find a single wireless headset that they would willingly spend their own money on, the SteelSeries H Wireless Gaming Headset stood out for having the best sound of the wireless models we tested, along with solid construction and virtually zero latency. Unfortunately, it suffers from a terrible microphone.

The gaming headset market is incredibly contentious, and one person's favorite is likely to be another's least favorite. That said, we can't imagine anyone disliking the Kingston HyperX Cloud Gaming Headset, especially for the price. If you're willing to spend a little more money, the Sennheiser GAME ONE is an absolute revelation. For gamers on a tight budget, the Creative Draco HS880 Gaming Headset performs better than any cheap gaming headset has a right to. And although our testers couldn't find a wireless headset that they would own personally, we recommend the SteelSeries H Wireless Gaming Headset if you hate wires, despite its overly sensitive microphone.

In this article: creative, creativedraco, CreativeDracoHS880, draco, gadgetry, gadgets, gameone, gaming, GamingHeadset, gamingheadsets, gear, HS880, hyperx, kingston, KingstonHyperx, partner, sennheiser, sennheisergameon, steelseries, syndicated, thewirecutter, wirecutter
All products recommended by Engadget are selected by our editorial team, independent of our parent company. Some of our stories include affiliate links. If you buy something through one of these links, we may earn an affiliate commission.