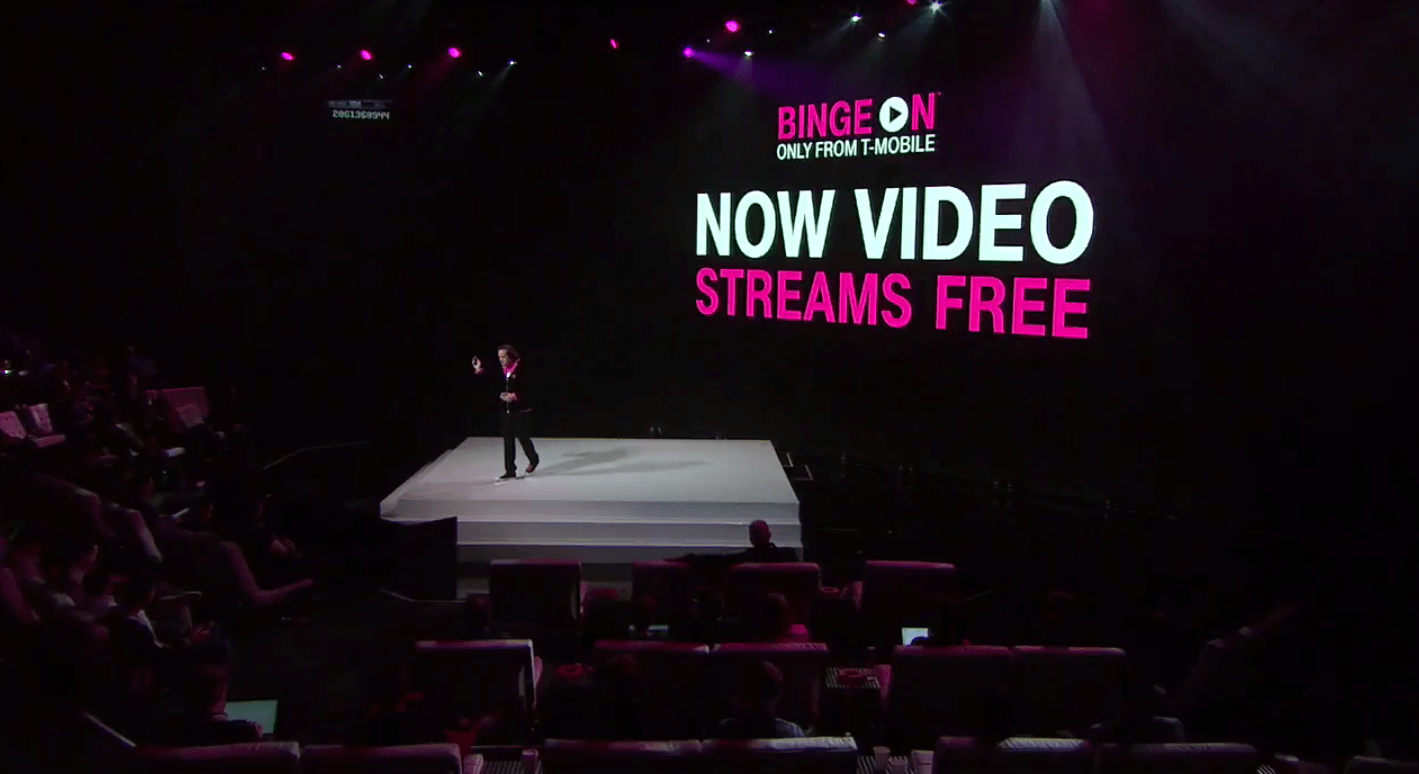 T-Mobile's Binge On service allows eligible customers to stream videos from select services -- Netflix, HBO Go, Hulu and others -- without eating into their data allowances. The catch? Binge On videos are streamed at 480p by default. YouTube isn't included in Binge On, but recently the company accused T-Mobile of "throttling" its service regardless. This isn't an accurate characterization, a T-Mobile spokesperson told DSLReports in the following statement:

"Using the term 'throttle' is misleading. We aren't slowing down YouTube or any other site. In fact, because video is optimized for mobile devices, streaming from these sites should be just as fast, if not faster than before. A better phrase is 'mobile optimized' or a less flattering 'downgraded' is also accurate."

The FCC recently summoned T-Mobile and other carriers to discuss their data-cap-exemption plans over concerns that they may infringe on net neutrality. The FCC worries that Binge On in particular may make "certain video apps more attractive than others."

T-Mobile is walking a fine line here -- to comply with net neutrality rules, the company would ostensibly have to treat all video services the same, regardless of their participation in Binge On. However, such a move could validate YouTube's complaints; it never agreed to participate in Binge On but its video quality on T-Mobile devices is compromised anyway.

You could call the situation "tricky" -- just don't call it "throttling," according to T-Mobile.

In this article: 480p, av, bingeon, business, downgrade, entertainment, FCC, internet, mobile, NetNeutrality, services, streaming, StreamingVideo, t-mobile, throttling, tmobile, video, youtube
All products recommended by Engadget are selected by our editorial team, independent of our parent company. Some of our stories include affiliate links. If you buy something through one of these links, we may earn an affiliate commission.