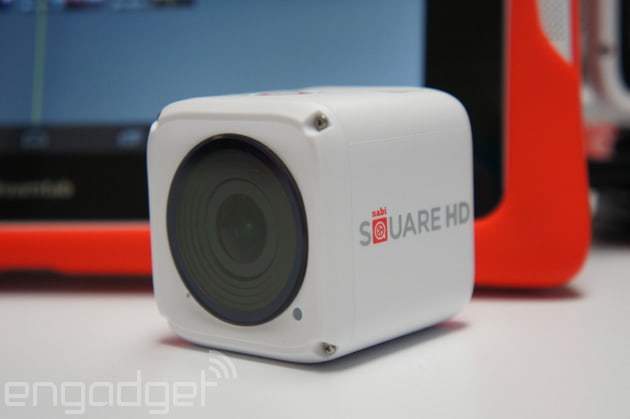 There are a lot of durable, high-resolution action cameras on the market, but how many would you feel comfortable giving to your kids? Probably not many: Most such cameras won't tolerate absentminded abuse without a protective case -- and they're expensive to boot. An attentive parent could lend a GoPro or a Sony Action Cam to their offspring, but it could become an expensive proposition. Instead, Fuhu wants to call your attention to its new Nabi Square HD: a "kid-proof" 4K action cam that costs $170.

The Square HD isn't the company's first take on a child-friendly action camera. In fact, it's not even the company's first product to bear the name, but the Square HD we see here is more than an iterative update -- it's a complete redesign. To start, the new Square trumps the original model by actually matching its name: This camera is an actual square, tossing out the follies of the original's rectangular design for a sleek, white cube that measures 44mm on every side. It's also more powerful, and supports 4K video recording at 15 fps, 2.7k recording at 30 fps, 1080p at 60 fps and high-speed, 120 fps capture at 720p.

The best part about the upgrade, however, is its advertised durability. Sure, 4K recording is great (and its 60 fps at 1080p looks pretty snazzy too), but as a cam designed for kids, it has to be durable. Fuhu, the product's creator, assured me it is: The Square HD can survive under 30 feet of water without a case and is generally shockproof and dustproof, too. As strong as it is, though, the company says it's not built to compete with mainstream action cams -- it's designed for capturing "family-first moments through the eyes of a child," a company representative told me. 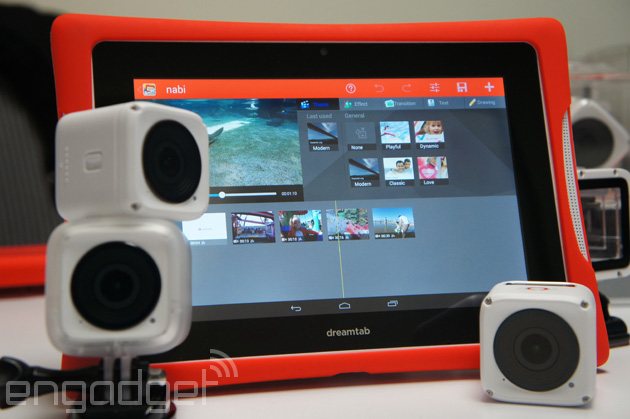 Officially, the company says children should be 13 or older (due to the size of certain components), but the development team has given it to children as young as four, with proper supervision. Naturally, the Square HD integrates well with Fuhu's line of kid-friendly Nabi tablets -- which feature apps that allow kids to share automatically cloud-edited videos to (parent-approved) friends and family. A less robust camera-control app will be available to regular iOS and Android users as well.

In all, the Nabi Square HD seems like a pretty easy-to-use action cam. It's not the best camera on the market, but it's durable, small and capable of recording in 4K. At $170, can you ask for much more?

In this article: 4k, actioncam, ces, ces2014, fuhu, fuhunabi, GoPro, nabi, nabi square hd, nabisquarehd, squarehd
All products recommended by Engadget are selected by our editorial team, independent of our parent company. Some of our stories include affiliate links. If you buy something through one of these links, we may earn an affiliate commission.