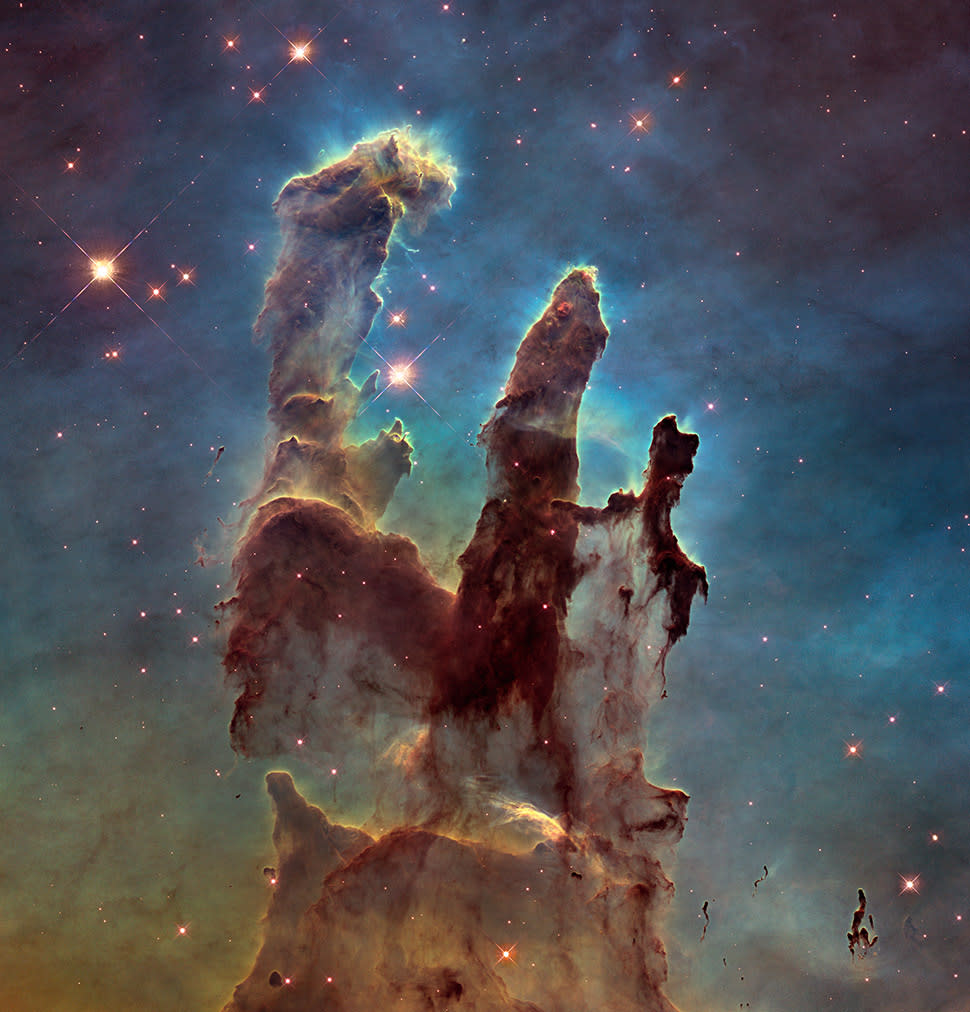 Does the image above look familiar? It's because the "Pillars of Creation" is one of the most iconic images captured by the Hubble Space Telescope -- except what you see in this post isn't the exact same photo taken in 1995. To celebrate the telescope's 25th birthday this year, the Hubble team has revisited the columns of cold gas and dust that give birth to new stars, 6,500 light-years away from us in the Eagle Nebula. They look quite different and more fantastical than in the original photo, since Hubble's Wide Field Camera 3 took the photo in visible (above) as well as near-infrared light (below the fold), and different gases were processed to be represented by different colors. Plus, the pillars now look more translucent, because they've eroded significantly since we've seen them in 1995. The one taken in infrared light shows more stars, on the other hand, because infrared can penetrate deeper into the gases. Paul Scowen, one of the lead scientists of the original Hubble observations of the Eagle Nebula, is "impressed by how transitory these structures are." He says: "They are actively being ablated away before our very eyes. The ghostly bluish haze around the dense edges of the pillars is material getting heated up and evaporating away into space. We have caught these pillars at a very unique and short-lived moment in their evolution." In fact, there's a possibility that the gas column no longer exists -- we just can't see its destruction, because light from the event hasn't reached our part of the universe yet. NASA says a similar structure probably gave birth to our sun, though we might never know if it was as photogenic as Eagle Nebula's majestic pillars.

In this article: BigPicture, hubble, HubbleSpaceTelescope, pillarsofcreation, space
All products recommended by Engadget are selected by our editorial team, independent of our parent company. Some of our stories include affiliate links. If you buy something through one of these links, we may earn an affiliate commission.