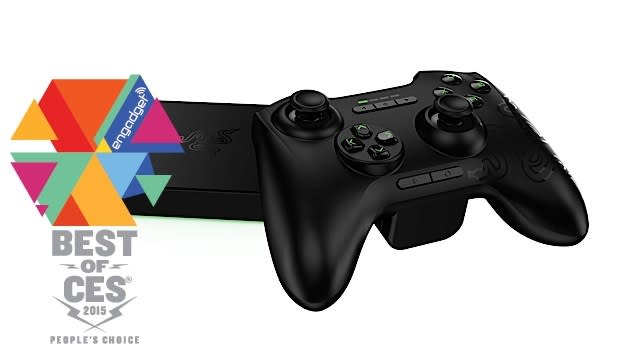 The people have spoken, and Razer's Forge TV is the People's Choice winner for Best of CES 2015! It was a close call, however, as it won with only 16.13 percent of the vote -- the AirDog drone came in second at 14.62 percent and the Misfit Bolt clocked in at third with 11.96 percent. Only a few thousand votes separated first, second and third place! Still, Razer's Forge TV won fair and square -- not only did the Android TV microconsole win our Best Gaming Product award, but it also scored your votes too. Congratulations, Razer!

In this article: bestofces, bestofces2015, CES, ces2015, ForgeTV, peopleschoice
All products recommended by Engadget are selected by our editorial team, independent of our parent company. Some of our stories include affiliate links. If you buy something through one of these links, we may earn an affiliate commission.