The experience and vision behind the Jaguar I-Pace

Hyundai’s Kona is ready for almost anything

2016 Civic is the second Honda with Android Auto, Apple CarPlay 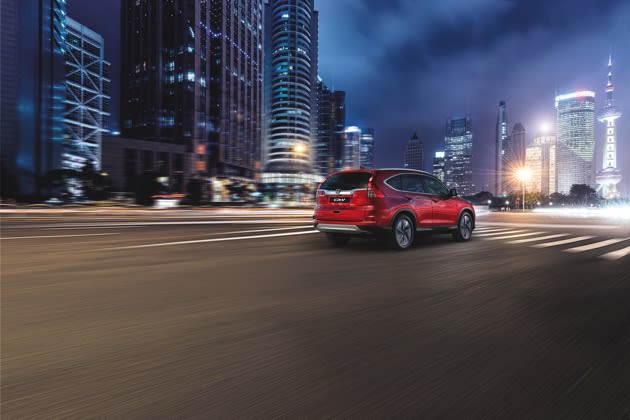 Most cars with adaptive cruise control monitor what's up ahead to automatically manage distance and braking. Now, Honda is taking the idea one step further by actively tracking and analyzing vehicles in neighboring lanes. Its new system is called Intelligent Adaptive Cruise Control and should, in theory, make assisted driving a little safer and smoother. In the past, the car might brake sharply if another driver drifted into your lane because its narrow field of view couldn't detect the incoming vehicle early enough. Honda's new system uses a camera and radar setup to monitor the position of other cars on the road, before applying an algorithm to predict cut-ins before they occur. It'll make its debut in the firm's 2015 European CR-V and should result in earlier, softer braking on highways. Honda says it's been designed specifically for Europe (sorry US readers) and will adjust automatically if you cross into a country where you have to drive on the opposite side of the road.

Source: Honda
In this article: adaptive cruise control, car, cruise control, Driving, Honda, honda cr-v, intelligent cruise control
All products recommended by Engadget are selected by our editorial team, independent of our parent company. Some of our stories include affiliate links. If you buy something through one of these links, we may earn an affiliate commission.