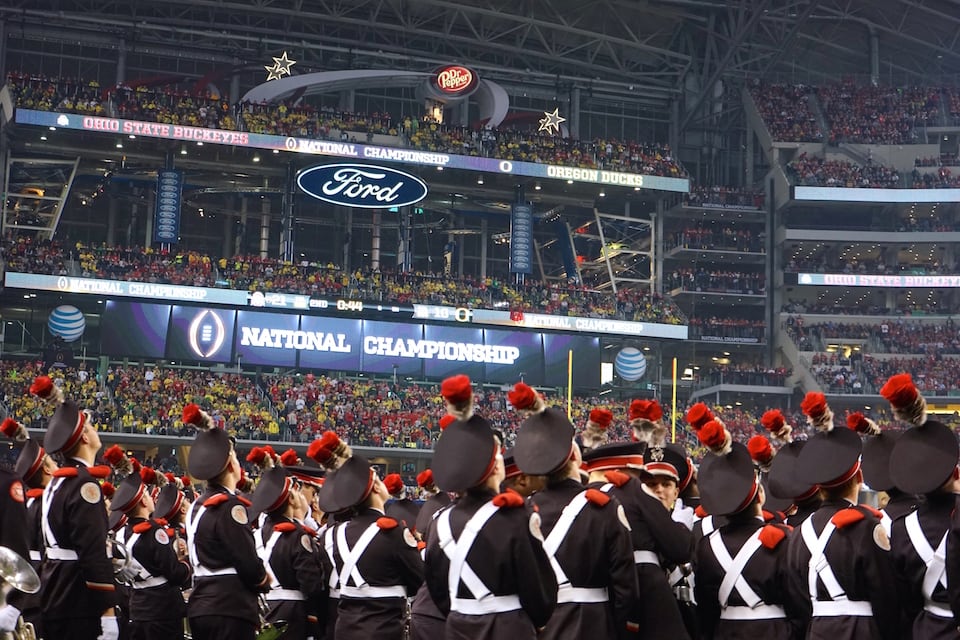 The first-ever College Football Playoff National Championship game, between Ohio State and Oregon, took place yesterday at AT&T Stadium in Arlington, Texas, and we were there to see it unfold. As you likely know by now, the Buckeyes triumphed over the Ducks with an impressive score of 42-20, taking home the biggest prize of the night -- in what will always be remembered as the first title to come from the newly adopted playoff system. There was so much technology at the event too, which isn't surprising given the fact it took place in the home of America's Team (or America's most hated team), the Dallas Cowboys. Some people refer to it as, "Jerry's World."