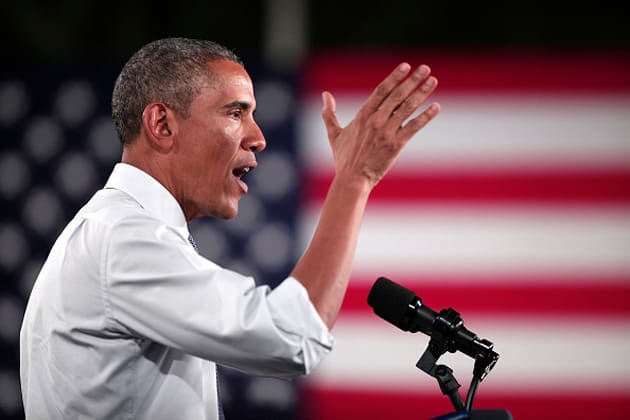 In parts of the US, broadband internet options are limited. And as competition dries up (or gets bought out), things could get worse. Well, President Obama reckons this should stop and will reveal a series of initiatives aimed at opening up choice and competition, dropping the price of high-speed internet and opening up better connection speeds to millions of you, American readers. According to the Washington Post, the measures will center on city-based efforts to offer connectivity alternatives alongside services offered by companies like Comcast and Verizon.

The President will also write to the FCC, urging the agency to neutralize laws that protect established Internet companies against the competition of a municipal internet service. Grants and loans for these city-based projects will be made available, while funding will also there for rural internet schemes.Obama will make the speech outlining these plans tomorrow, in Cedar Falls, Iowa. The city responded to a lack of investment by existing internet companies by building their own. If you want something done right...

The White House has teamed up with Upworthy to explain its plans:

.@Upworthy on how new steps by the President could make your internet faster: http://t.co/2TTZSscFWc http://t.co/JD74w0fpzG #BetterBroadband

Source: Washington Post, Variety
Coverage: Upworthy
In this article: cedarfalls, cheaperinternet, comcast, government, obama, presidentobama, verizon
All products recommended by Engadget are selected by our editorial team, independent of our parent company. Some of our stories include affiliate links. If you buy something through one of these links, we may earn an affiliate commission.