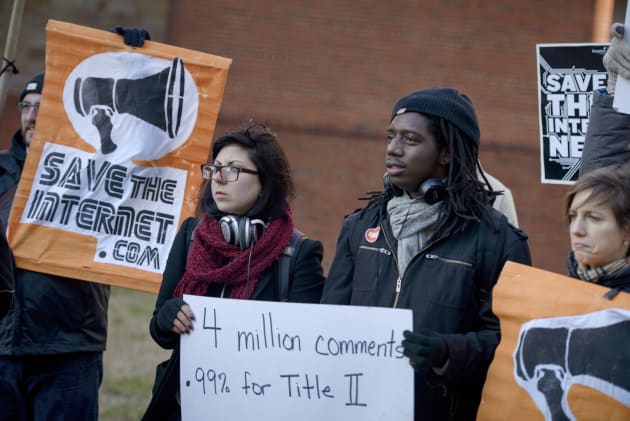 While the FCC gets ready to vote on its new plan for net neutrality next month, a couple of Republicans in Congress are already showing off their own plan. Senator Jon Thune (R, SD) and Representative Fred Upton (R, MI) published an op-ed today outlining a proposal that they claim protects internet users while also spurring job creation and economic growth. They have 11 principles it should follow which include blocking, throttling and any kind of paid prioritization, however it differs from the approach backed by President Obama (surprise!) by classifying internet access as an information service under the Communications Act. It also mentions blocking the FCC from using Title II as a way to increase regulation over internet services by treating them as a utility, which some believe FCC Chairman Tom Wheeler will try to do at the vote next month.

In an email, Senator Al Franken (D, MN) called the plan "watered-down" to fit what the cable industry wants. The big communications companies have already come out in opposition of Title II, and threatened lawsuits if the FCC tries to use the measure. Consumer advocacy group Free Press claims that the new plan is just an attempt by Comcast to slow things down by suggesting this new legislation. The Senate has a hearing set for January 21st to talk things over -- we'll stay tuned to C-SPAN.

Source: Reuters, US Senate Committe on Commerce
Coverage: TechCrunch, Free Press, The Hill, Washington Post
In this article: AlFranken, congress, fcc, GOP, hdpostcross, netneutrality, senate, titleii
All products recommended by Engadget are selected by our editorial team, independent of our parent company. Some of our stories include affiliate links. If you buy something through one of these links, we may earn an affiliate commission.