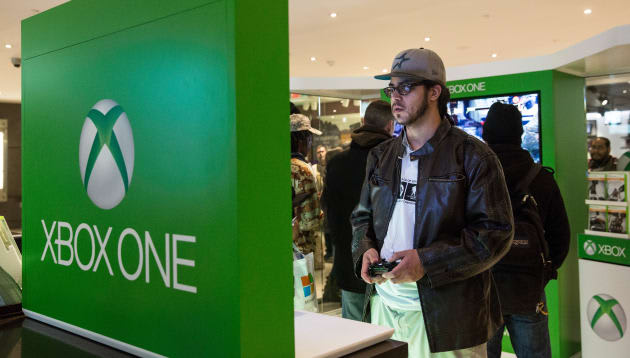 Console fanboys, get ready to gloat -- or mope. Actually, (nearly) everybody can be cheered by the latest data from NPD, which showed console sales up a cool 20 percent from last year to to over $5 billion. Leading the final charge was Microsoft's Xbox One, which topped the charts in December for the second straight month. Its recent success can likely be chalked up to attractive holiday pricing, since Sony's PS4 was consistently eating its lunch prior to that. Either way, it came at a good time for Microsoft, since the last two months of the year are far and away the strongest for consoles.

The news was more grim on the software side, however, as software sales were down 13 percent from last year to $5.3 billion. Call of Duty: Advanced Warfare was the top selling titles of the year, with Madden NFL 15, Destiny, Grand Theft Auto V and Minecraft rounding out the top 5. Super Smash Bros was Nintendo's bestseller of 2014 in sixth place overall. Finally, Microsoft had a piece of good news in its latest Xbox Wire report: thanks to a new promotion, the Xbox One will again be on sale for $349 (sans Kinect) starting January 16th. Oh, and screenshots are finally coming "early this year."

Via: Joystiq
Source: Xbox Wire
In this article: Consoles, ConsoleSales, microsoft, nintendo, NPD, PS4, Sales, sony, video, XboxOne
All products recommended by Engadget are selected by our editorial team, independent of our parent company. Some of our stories include affiliate links. If you buy something through one of these links, we may earn an affiliate commission.