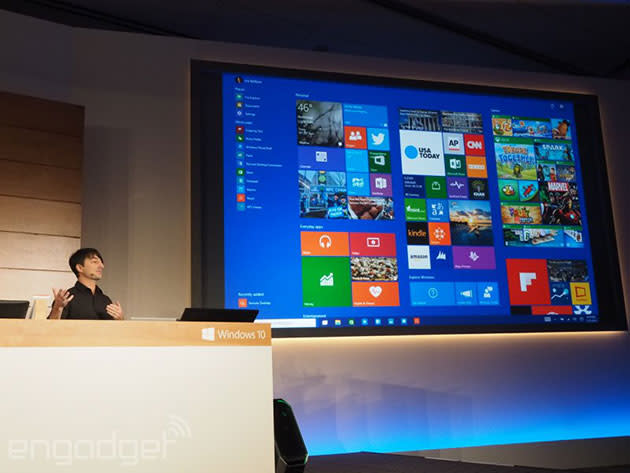 At its Windows 10 event yesterday, Microsoft spent some time showing off how its universal apps would provide a similar experience across devices. Office was certainly part of that conversation, and today, the folks in Redmond revealed that this year's installment of the desktop apps would arrive before the end of 2015. The update for mobile, labeled Office for Windows 10, will come pre-installed on phones and tablets running Windows 10 free of charge, with touch-enabled Word, Excel, PowerPoint, OneNote and Outlook all included. While we'll certainly keep our eyes peeled for an exact date, Microsoft says we can expect Office 2016 to arrive during the second half of this year. Who knows, maybe it'll rollout in time to lend a hand when school starts back up in the fall.

In this article: apps, microsoft, office, office2016, software
All products recommended by Engadget are selected by our editorial team, independent of our parent company. Some of our stories include affiliate links. If you buy something through one of these links, we may earn an affiliate commission.