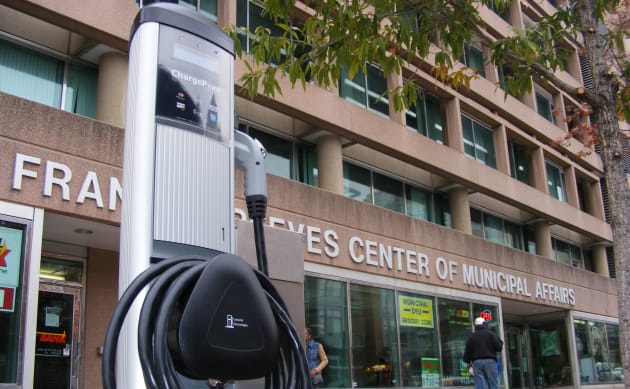 Electric vehicle charging spots are nowhere near as prolific as their gas counterparts, but automakers are trying to do what they can so you'd buy their emission-free vehicles. BMW and Volkswagen, for instance, will install 100 fast-charging stations by ChargePoint along the east and west coasts to form "corridors" of roads where drivers can access one every 50 miles or so. Each station is expected to have two 50 kW DC or 24 kW DC fast chargers, which are certainly welcome, as these speedy machines are only available in 120 spots among the 20,000 ChargePoint locations across the US. The best thing about them is that they can juice up an EV for up to 80 percent in just 20 to 30 minutes, depending on which type you're using.

Also, unlike Tesla's Supercharger network (made up of 358 stations) that uses proprietary technology only compatible with its own cars, these ChargePoint chargers work with "nearly all electric vehicles on the road," according to The New York Times. You will have to pay to use them, whereas Superchargers are free, but we're sure you'd rather spend money than drive wondering if your car's battery can last all the way to your destination. Unfortunately, NYT didn't have an exact list of compatible vehicles, but they definitely include BMW's and Volkswagen's newest EVs: the i3 and the e-Golf. The companies plan to open up the new charging spots along the routes visualized below before the year ends, starting with San Diego County.

The express charging corridors will provide electric vehicle drivers access to DC Fast chargers along the most heavily populated and highly-trafficked regions on Interstate 95 on the east coast, from Boston to Washington, D.C., and on the west coast covering and connecting the metropolitan areas of Portland, San Francisco, Los Angeles, and San Diego. 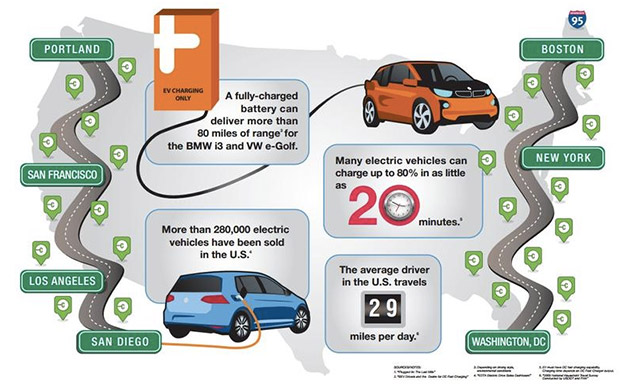 Source: CNET, The New York Times, ChargePoint
In this article: bmw, chargepoint, e-golf, electricvehicle, ev, i3, volkswagen
All products recommended by Engadget are selected by our editorial team, independent of our parent company. Some of our stories include affiliate links. If you buy something through one of these links, we may earn an affiliate commission.