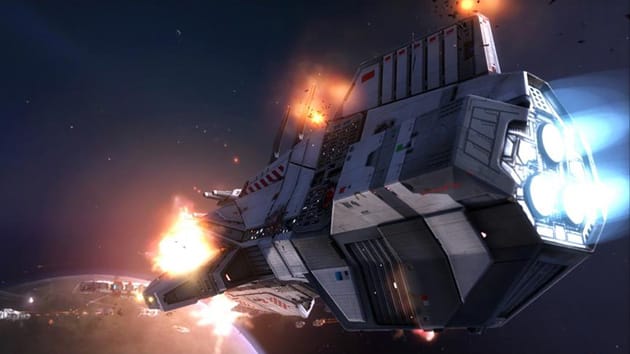 If you're a long-time PC gamer, you probably have a soft spot for the Homeworld series. Relic's epic saga was both eye-catching and proof that real-time strategy could work in the void of space. However, time hasn't been kind to the games -- the first came out when 3D graphics cards were relatively new, and THQ's acquisition of Relic (plus its eventual bankruptcy) made follow-ups difficult. At last, though, you'll have a way to relive the Mothership's journey while doing justice to your modern gaming rig. Gearbox, which bought the rights to the series, has revealed that its previously teased Homeworld Remastered Collection will reach Windows PCs on February 25th. The remake spruces up just about every aspect of the two Homeworld games, ranging from much better-looking ship models and effects to reworked cutscenes. You also get a beta multiplayer experience that merges the online modes of both titles.

And what about a truly new game? That's coming, too. Blackbird Interactive (a studio founded by Homeworld vets) is teaming up with Gearbox to make a prequel, Homeworld Shipbreakers. Nearly everything about the new entry is a mystery since it's still early in development, but the announcement hints that there will be plenty more to do once you're done replaying the originals.

Source: Gearbox Software, Steam
In this article: blackbirdinteractive, gaming, gearbox, gearboxsoftware, homeworld, homeworldremastered, homeworldremasteredcollection, pax, paxsouth2015, real-timestrategy, RealTimeStrategy, relic, RelicEntertainment, strategy, video, windows
All products recommended by Engadget are selected by our editorial team, independent of our parent company. Some of our stories include affiliate links. If you buy something through one of these links, we may earn an affiliate commission.