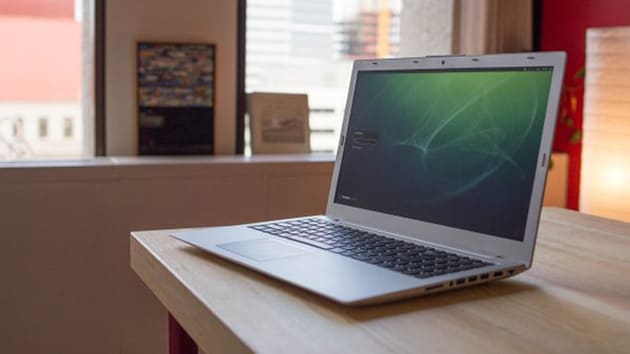 If you've wanted a laptop where all the software is free and open source (FOSS), you've usually had to settle for mediocre hardware. Even FOSS champion Richard Stallman is making do with a ThinkPad that's several years old. At last, though, it looks like you won't have to compromise your ideology for the sake of keeping up with the Joneses. Purism has successfully crowdfunded the Librem 15, a portable PC that combines modern parts (such as a 3.4GHz Core i7 and an optional 4K display) with software that's accessible from head to toe. The operating system (a variant of Trisquel GNU/Linux), hardware drivers and included apps are all free and open -- Purism is even trying to loosen up the BIOS and firmware.

There's still some time (as I write this) to make a pledge and set aside a Librem 15 for yourself ahead of the planned April 2015 launch, although it's here that you'll find out that software freedom can be very expensive. Get in on the "earlier bird" special tier and you'll pay $1,649 for a system with just 4GB of RAM, a 500GB hard drive, a read-only DVD drive and a 1080p screen -- it's easy to get a closed source Mac or Windows PC with better memory and storage at a similar price. And while a release is theoretically close at hand, it's often an uphill battle to get completely open computers to market. Even the Novena project, which got its hardware funding last spring, is trickling out just a few of its finished PCs. If you absolutely refuse to run proprietary software, though, you'll at least want to give the Librem a look.

Via: TechCrunch
Source: Crowd Supply
In this article: computer, crowdfunding, crowdsupply, foss, FreeOpenSourceSoftware, laptop, librem, librem15, linux, opensource, pc, purism, trisquel, video
All products recommended by Engadget are selected by our editorial team, independent of our parent company. Some of our stories include affiliate links. If you buy something through one of these links, we may earn an affiliate commission.