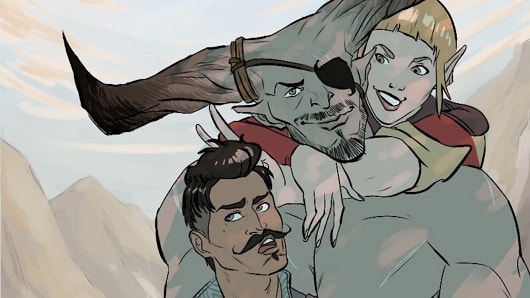 GLAAD (Gay and Lesbian Alliance Against Defamation) has given a special recognition award to Dragon Age: Inquisition. The 26th Annual GLAAD Media Awards, which has a laundry list of award categories, including comics, singled out the BioWare RPG from the video game pack.

David Gaider, lead writer for the Dragon Age series at BioWare has spoken in the past about the "hump of assumptions" involved in creating and including lesbian, gay, bisexual or transgender characters in video games. Inquisition featured the first "fully gay" characters in the series. Straight and bisexual characters have been a BioWare standard for over a decade.

8
In this article: dragon-age-3, dragon-age-inquisition, glaad, glbt, microsoft, pc, playstation, ps4, xbox-one
All products recommended by Engadget are selected by our editorial team, independent of our parent company. Some of our stories include affiliate links. If you buy something through one of these links, we may earn an affiliate commission.