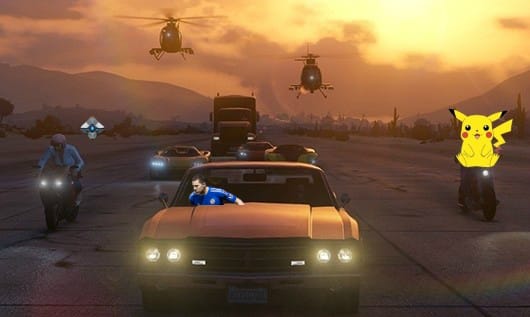 Oh, hey! Ok, so, we know it's Thursday and all, but there's a perfectly good reason we're posting the UK sales data late this week. First off, Grand Theft Auto 5 was top of the pops for the third week in a row. Now, excuses time: Monday, the Chart-Track site was down all day. Tuesday, we were dealing with some relationship drama. Wednesday, we were eating pints of Ben and Jerry's Ice Cream. And, so, here we are: Thursday. A glorious day for your weekly dose of charting UK sales.

Beyond the GTA, Call of Duty: Advanced Warfare and FIFA 15 swap places to take two and three, respectively. The PS4 and Xbox One version of Saints Row IV Re-Elected / Gat Out of Hell takes the number four spot and... Rugby 15 debuts at eight. Rugby 15. Don't ever change, UK. We love you! 25
Top 10 UK Software Sales (All Formats): week ending January 24
Source: Chart-Track
In this article: chart-track, chart-track-weekly, microsoft, pc, playstation, ps4, xbox-one
All products recommended by Engadget are selected by our editorial team, independent of our parent company. Some of our stories include affiliate links. If you buy something through one of these links, we may earn an affiliate commission.