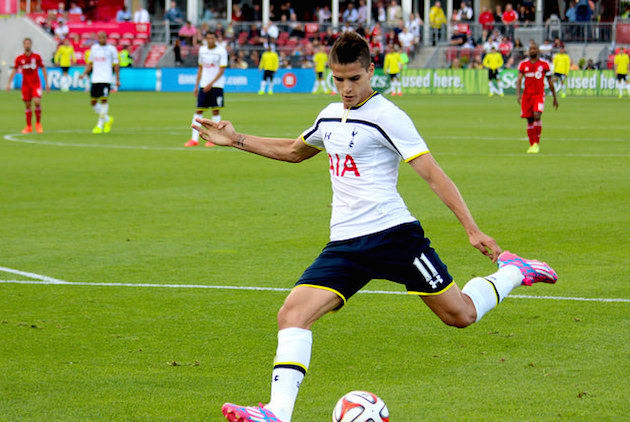 It's safe to say that there's a lot of money in Premier League football. Clubs are profitable businesses in their own right, but a large share of its revenue is provided by investments for live TV rights. Over the past week, Sky and BT, who have locked horns over high-profile competitions in the past, joined a number of other parties behind closed doors to bid on the TV rights for the three seasons from 2016-17. It took longer expected, but we now know where we'll be watching all 168 live matches next season and that the two main parties involved paid a record sum to secure them.

Here's how it pans out: Sky, the biggest player in the market, has secured another bumper package of Premier League matches. It's bagged 126 live games for almost £4.2 billion, almost double the £2.3 billion it paid in the last auction. From next season, the number of live BT matches will rise from 38 to 42, costing the company £960 million over the next three years.

Together Sky and BT will pay a record £5.14 billion for their share of matches. That works out at an incredible £10.2 million per match. For its investment, Sky will retain its Sunday afternoon and Monday night coverage, recoup Saturday lunchtime kickoffs and, for the first time, broadcast 10 Friday night matches. BT, on the other hand, has secured the Saturday evening slot and a smattering of midweek evening kickoffs.

So who's the winner? Looking at the broader picture, everyone's coming away with something to shout about. Sky will be happy that it has almost three times as many matches as BT, but it was forced to spend 70 percent more than last time around. BT, however, managed to up its total with only a 18 percent increase in costs. Clubs will also see more TV money funnel into their coffers, cementing the Premier League's position as the biggest league in the world.

Source: BT, Sky
Coverage: The Guardian
In this article: auction, bt, football, hdpostcross, premier league, sky, soccer, uk-feature
All products recommended by Engadget are selected by our editorial team, independent of our parent company. Some of our stories include affiliate links. If you buy something through one of these links, we may earn an affiliate commission.