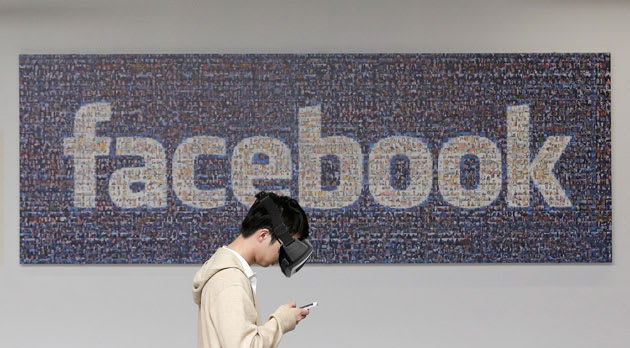 Facebook's head of Product, Chris Cox, says the company is already working on making versions of its apps expressly for virtual reality. The explanation, during an interview at CodeMedia, wasn't detailed but touched on the idea of being able to share your own environment with other users - a different way of sharing. "You realize when you're in it, that you're looking at the future, and it's going to be awesome. When you're in Facebook, you're just sending around these bits of experience - a photo, a video, a thought," added Cox. Making good use of that Oculus VR purchase, the product head reminded the audience that VR apps were still a while away, if only due to the fact that headsets are still nascent. Tiny user numbers will be another challenge before Facebook VR gets, literally, in your face.

Source: Re/code, (2)
In this article: chriscox, facebook, oculus, oculusrift, socialnetwork, virtualreality, vr
All products recommended by Engadget are selected by our editorial team, independent of our parent company. Some of our stories include affiliate links. If you buy something through one of these links, we may earn an affiliate commission.