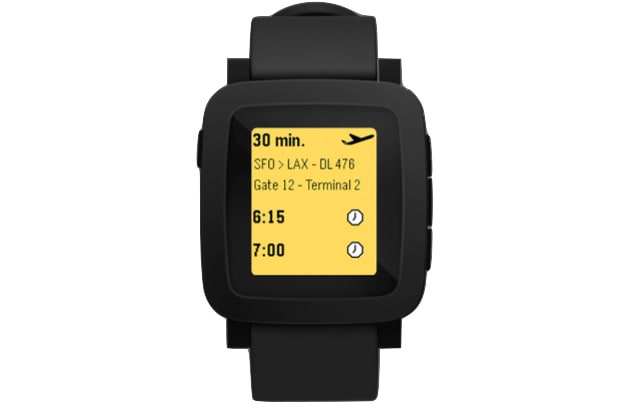 Pebble has been hyping up an announcement on February 24th, but it looks like the company might have let the cat out of the bag a little early. Curious fans have discovered an image on Pebble's website for a color smartwatch that doesn't resemble anything from the company's existing lineup. Besides the new display, it appears to be a subtle evolution of the original Pebble rather than the higher-end Steel -- while it's wider and more rounded, there's still plenty of plastic and rubber. There aren't any clues as to what's inside, but 9to5Mac claims that the design has a new processor and a 6-axis gyroscope for motion detection. A fresh interface will play a big role, too. You only have one more day to wait, so whatever mystery is left will disappear pretty quickly.

Via: Reddit, 9to5Mac
Source: Pebble
In this article: color, pebble, smartwatch, watch, wearable
All products recommended by Engadget are selected by our editorial team, independent of our parent company. Some of our stories include affiliate links. If you buy something through one of these links, we may earn an affiliate commission.