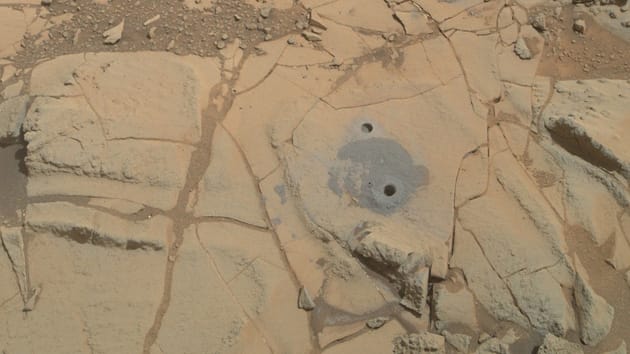 It's no secret that scientists want the Curiosity rover to drill into Mars more often. However, it first has to learn how to drill properly -- until now, it was so aggressive that it sometimes broke the rocks it was trying to sample. Thankfully, NASA has a fix. It recently started testing a new drilling algorithm that starts at the lowest power levels and ramps up only if there isn't much progress. This gentler touch appears to be successful in early tests: as you can see above, Curiosity bored into a relatively fragile rock without smashing it to bits. It's too soon to say whether or not the technique will work well in every circumstance, but researchers can at least be confident that they won't destroy crucial evidence before they've had a chance to look at it.

Update: NASA has released a Curiosity selfie (below) at its latest drill site showing a lot recent landmarks. 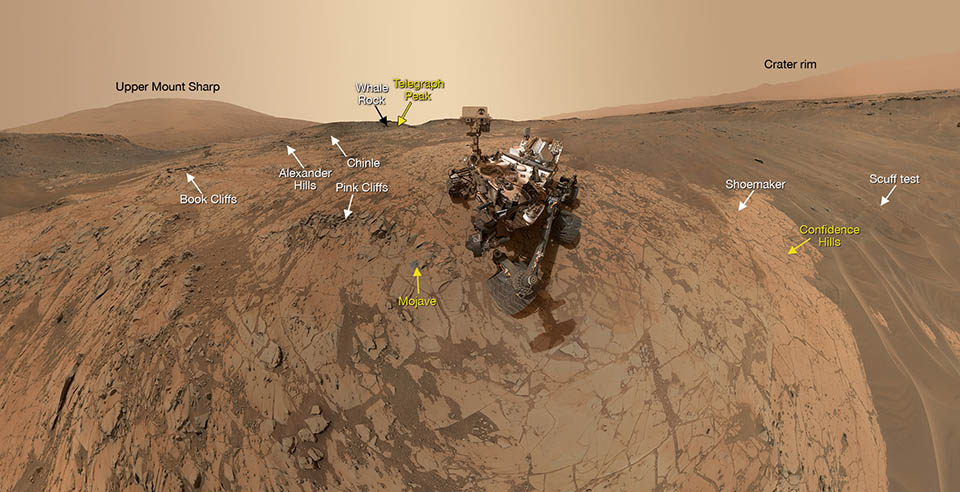 Via: Gizmodo
Source: Sen
In this article: curiosity, drill, drilling, mars, nasa, robot, rover, science
All products recommended by Engadget are selected by our editorial team, independent of our parent company. Some of our stories include affiliate links. If you buy something through one of these links, we may earn an affiliate commission.